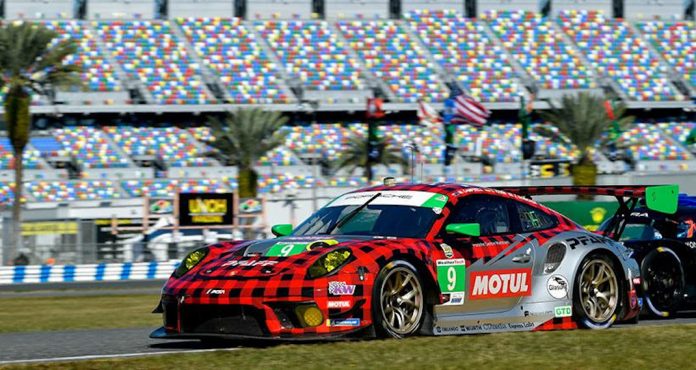 DAYTONA BEACH, Fla. — Despite the similarities in looks between the cars in the IMSA WeatherTech SportsCar Championship’s GT Le Mans and the GT Daytona classes, a number of GTLM pilots found just how difficult it is to transition from GTLM to GTD. “I would say there are two categories of differences between GTLM and GTD,” Vanthoor said. “First is the car, in this case a GT3R (in GTD) and an RSR in GTLM. Beyond the technical aspects of driving the GTD cars, Vanthoor says there’s a different atmosphere. “The other difference, which I would almost say is bigger, is the environment in GTD. Rather than competing against half a dozen or so cars in GTLM, the GTD newcomers found themselves racing in a class with 19 entries at Daytona. As is custom, GTD cars are piloted by drivers of differing skill levels.