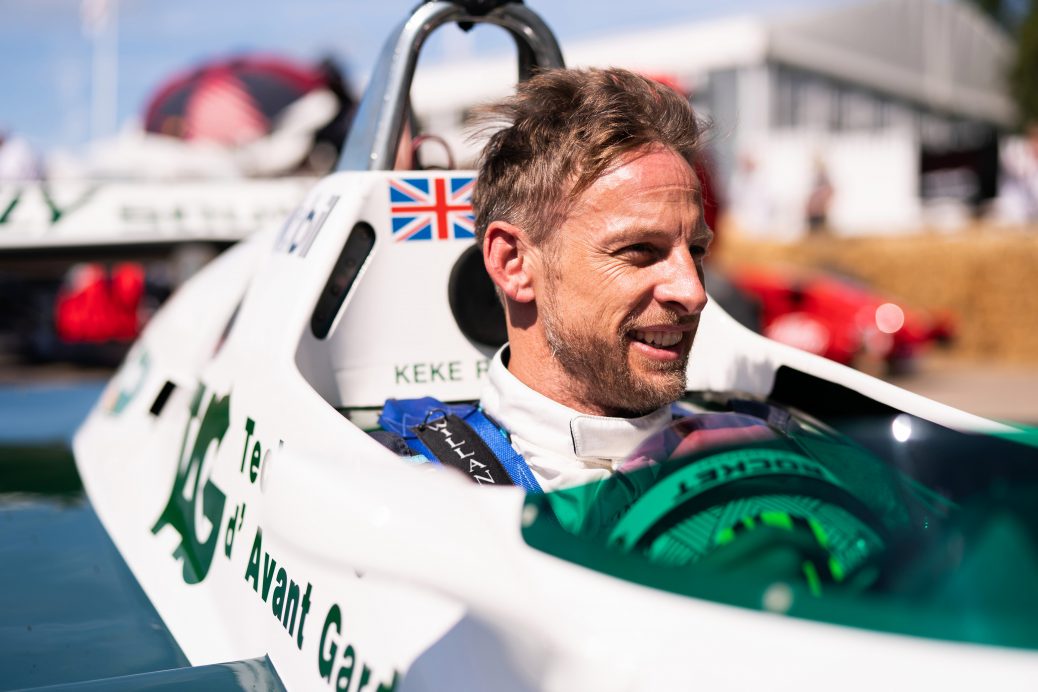 IF you had a classic car worth millions of pounds, you might go easy when taking it out for a spin. But Jenson Button will not be worrying about the odd dent when he races two irreplaceable motors this weekend. Jenson, 41, told The Sun: “As a racing driver, you can’t think about damaging the car. Jenson said: “I didn’t have halos when I was racing. Jenson is also a big fan of old motors, owning two beautiful Jaguars — a C-Type and an XK120. Jenson said: “This thing, you hit the brake and hope it doesn’t get lost on the corner.”. In both races he will tag team the drive with his childhood pal Alex Buncombe. Alex, 40, who has raced on the Goodwood circuit several times in the past, has warned Jenson there is, “No margin for error”. Jenson said: “The atmosphere is a big thing with the Revival and that’s what I am excited about.”.