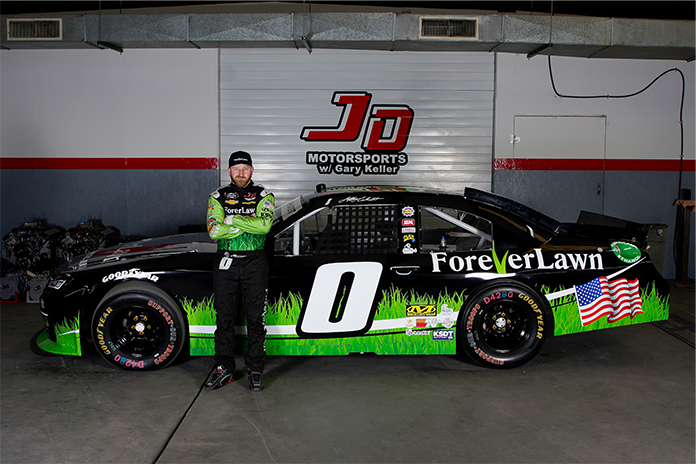 GAFFNEY, S.C. – JD Motorsports with Gary Keller announced Thursday that ForeverLawn, a leading synthetic turf producer, will serve as Jeffrey Earnhardt’s primary sponsor for the majority of the upcoming NASCAR Xfinity Series season. ForeverLawn’s first foray into the NASCAR world came last season as part of a three-race deal to sponsor Earnhardt and the No. This season, ForeverLawn has signed on to sponsor Earnhardt in more than half of the schedule. “I am very proud to represent all of the great people at ForeverLawn this season,” Earnhardt said. With the start of the season just around the corner, I couldn’t be more excited to get down to Daytona and lay the foundation for what I think will be my best season yet.