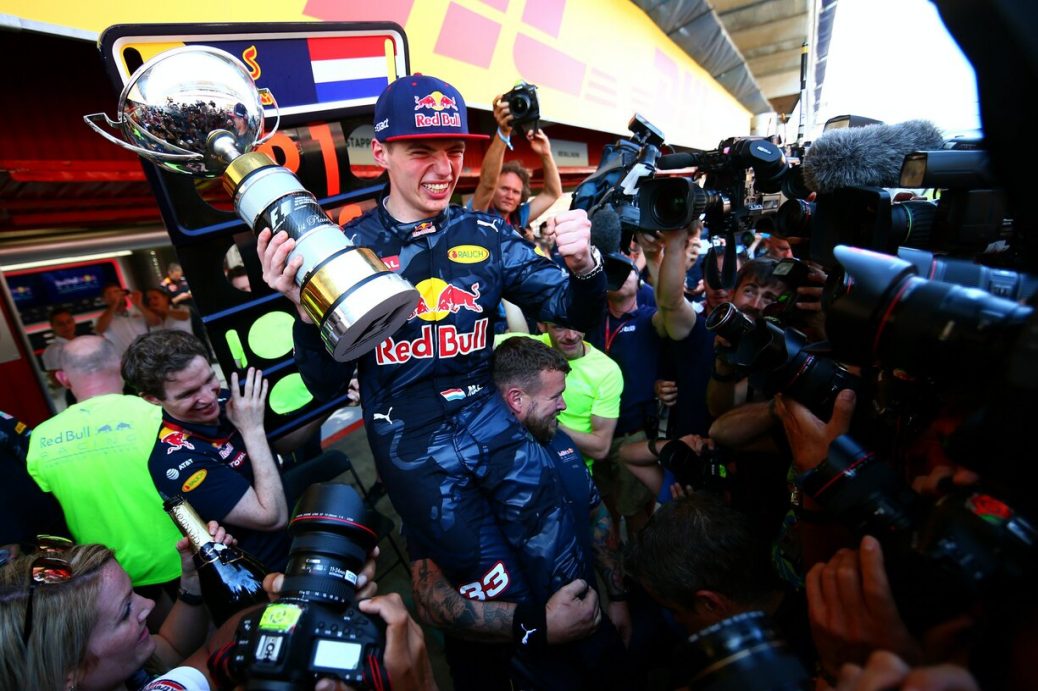 Combining live-action with animation, the episode uncovers the conversational side of the famously focused competitor, who describes what it was like to be history’s youngest F1 driver and how he won on his Red Bull Racing debut. “I’m Max Verstappen, and this is the story behind becoming the youngest race winner in Formula 1.” That’s just the start of “For Real” Episode 3, where the 10-time F1 Grand Prix winner tells this story in his own words, with honesty, humour and the help of an animated version of himself. MONTMELO, SPAIN – MAY 15: Max Verstappen of Netherlands and Red Bull Racing celebrates with the team in the pit lane after winning his first F1 race at the Spanish Formula One Grand Prix at Circuit de Catalunya on May 15, 2016, in Montmelo, Spain. (Photo by Dan Istitene/Getty Images) // Getty Images / Red Bull Content Pool. (Photo by Mark Thompson/Getty Images) // Getty Images / Red Bull Content Pool.