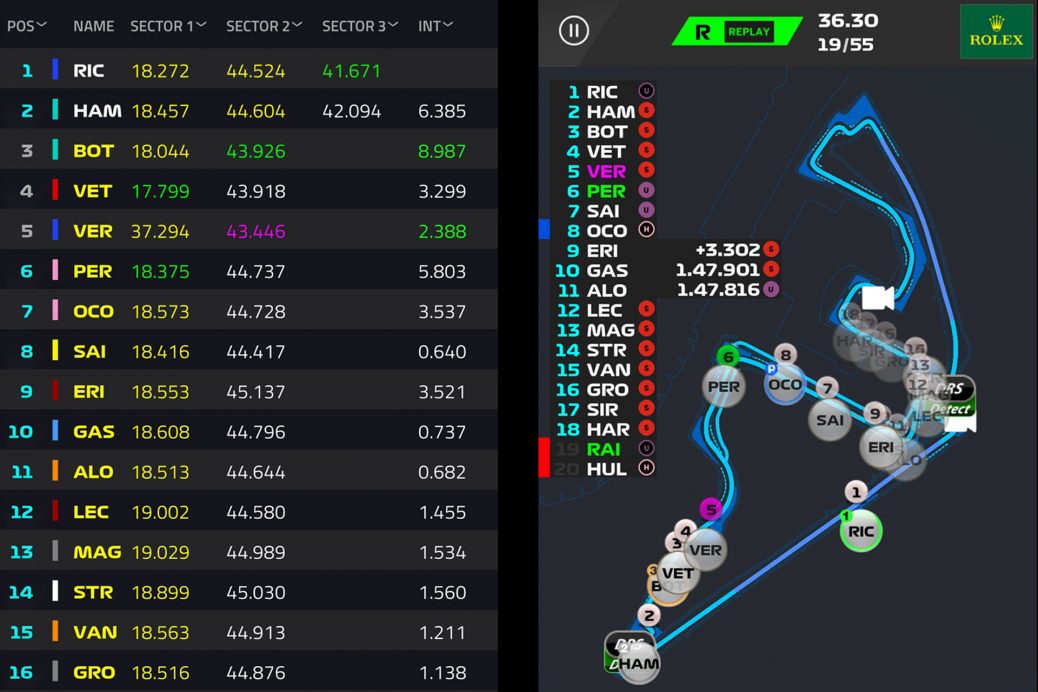 Formula 1 will end support for the F1 Live Timing app on December 10th.
“We’ll no longer be updating the app and the information contained will not be up to date,” FOM confirmed on Thursday.
Fom introduced the Live Timing app in September following complaints over changes which were made in version 11 of the Formula 1 app.
“We are working hard to make the features you want available inside the Formula 1 app for the start of the new season,” FOM said in a statement.
Fom also confirmed 4.4 million people watched the second season of the official F1 Esports Series during 2018.