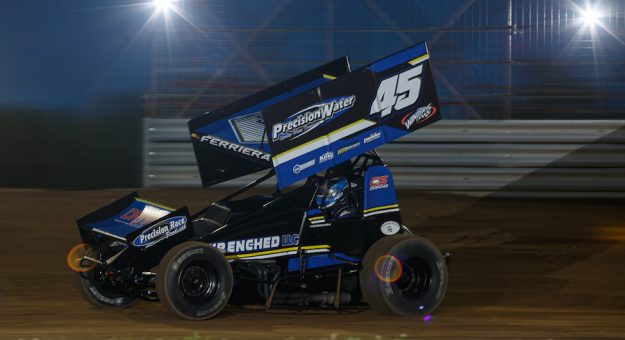 — Monty Ferriera broke into United Rebel Sprint Series victory lane for the first time by wiring the field in Friday night’s 20-lap I-70 Motorsports Park 305 Sprint Car Nationals preliminary feature event. “He (Huish) tried the same thing on both the initial start and then that late restart,” Ferriera explained. “I think we’ve been top five out every race this year, tonight things finally fell in place,” Ferriera commented. While Ferriera gunned into the early lead, Huish gave chase all the way. Even when lapped traffic came into play after eight laps, Ferriera kept Huish and Jacob Dye at bye until the race’s only caution flew after 14 laps when Jay Russell lost power on the frontstretch.