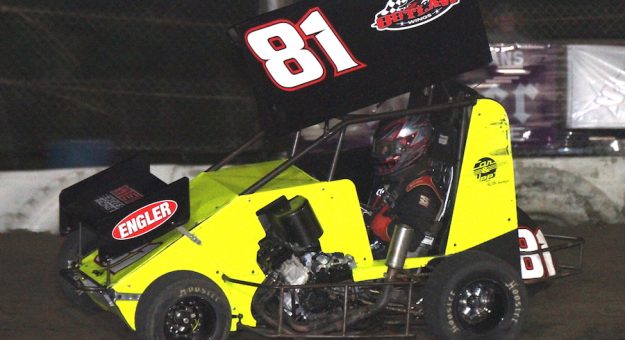 Flud Gets Another One At Creek Co.

SAPULPA, Okla. — Wrapping up the second night of the Sooner 600 Week, a field of 112 was on hand with the Lucas Oil National Open Wheel 600 Series presented by Hi-Plains Division at Creek County Speedway. Frank Flud, Chelby Hinton, Jett Nunley and Elijah Gile collected feature victories. Making it three for four over the two nights, Flud topped the 25-lap A-Class feature. Denying Flud a sweep of the stock classes for the second night, Louisiana’s Chelby Hinton picked up his fifth career win in Stock Non-Wing. Leading from the third lap on, after making contact with Jackson Kounkel through the first and second turns, Hinton was chased to the finish by Flud.