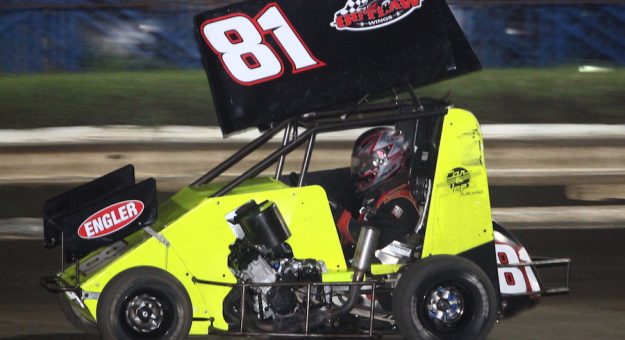 Flud Doubles Up At Creek County

SAPULPA, Okla. — Opening the 2022 Sooner 600 Week at Creek County Speedway on Wednesday, a field of 105 entries rolled into the Oklahoma quarter-mile. Jett Nunley returned to victory lane in Restricted, with Peter Smith collecting his first career Lucas Oil National Open Wheel 600 Series presented by Hi-Plains Building Division victory in Outlaw. 54 in Stock Non-Wing, Flud led a combined 50 laps between the two feature events. Pushing Flud’s overall win total to 14 on the season, the No. Working traffic through the closing laps of A-Class, Ashton Torgerson was able to cut some time off Flud’s advantage but trailed by 1.982 seconds at the finish. Jett Nunley’s third point’s paying win of the season, the No. The ninth winner in Outlaw, Smith was pursued to the finish by Johnny Boland, who trailed by 3.436 seconds.