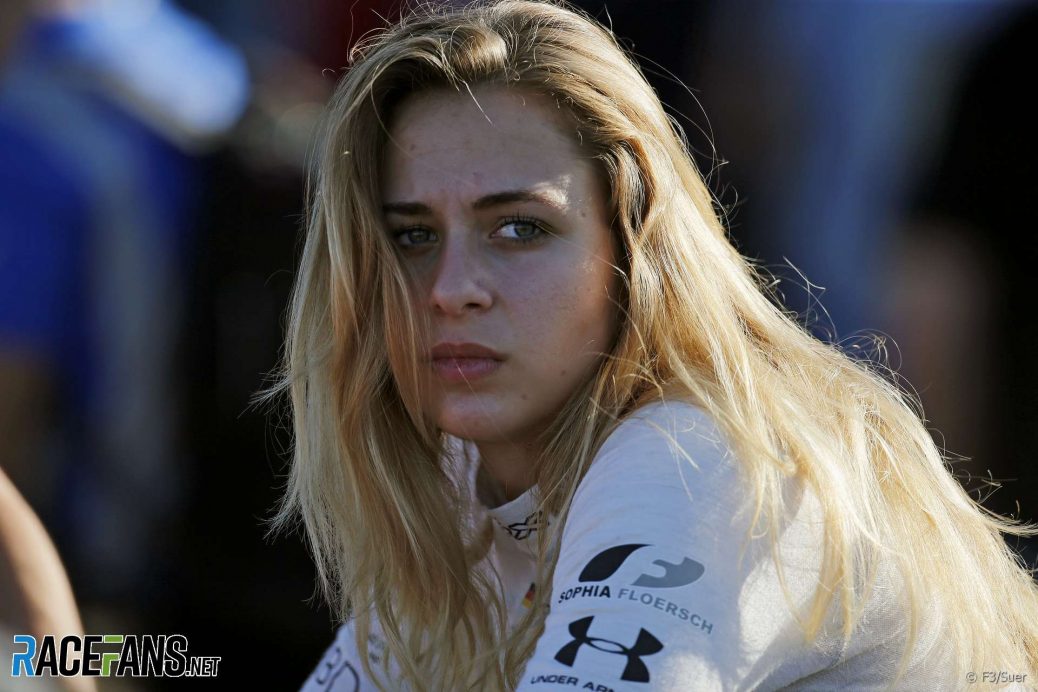 Five people including two drivers were injured in the huge crash during today’s Macau Formula Three Grand Prix, the FIA has confirmed.
Van Amersfoort driver Sophia Floersch was launched through a crash barrier at huge speed in the incident at the Lisboa corner on the fourth lap of the race.
The cause of the incident is unclear, though Floersch’s car arrived at the corner much faster than the others and was launched when it struck Sho Tsuboi’s TOM’S machine.
Floersch posted a message on social media saying she is “fine” but confirming she will have surgery on Monday.
Jean Todt: “All my thoughts are with Sophia Floersch and the others injured.”