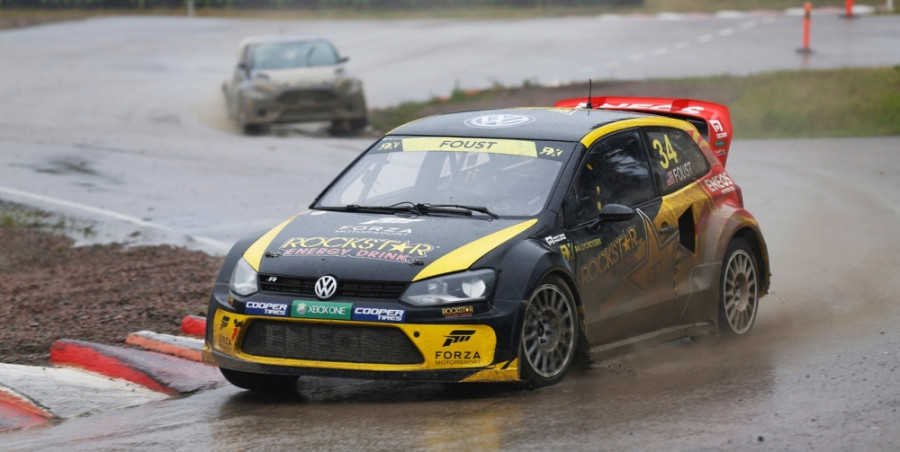 The FIA World Rallycross Championship returns to Finland and the Kouvola circuit this year, for rounds three and four in August. Thanks to victory at the previous round in Norway, Latvia’s Reinis Nitiss entered round four of the 2014 season in the lead of the World RX Drivers’ Championship, but after a weekend of mixed weather conditions it was America’s Tanner Foust who took victory for the Marklund Motorsport team in the final, in pouring rain. Finland’s Joni-Pekka Rajala retired during the race, like he had in the semi-finals, and he only made it into the final after major drama in the semis. Nitiss won semi-final one as both Team Peugeot-Hansen drivers, Sweden’s Timmy Hansen and Russia’s Timur Timerzyanov, retired. Solberg was the only one of the four drivers to make it to the grid for the race restart, after frantic work from his mechanics in pre-grid, and he crawled through to finish third and qualify for the final.