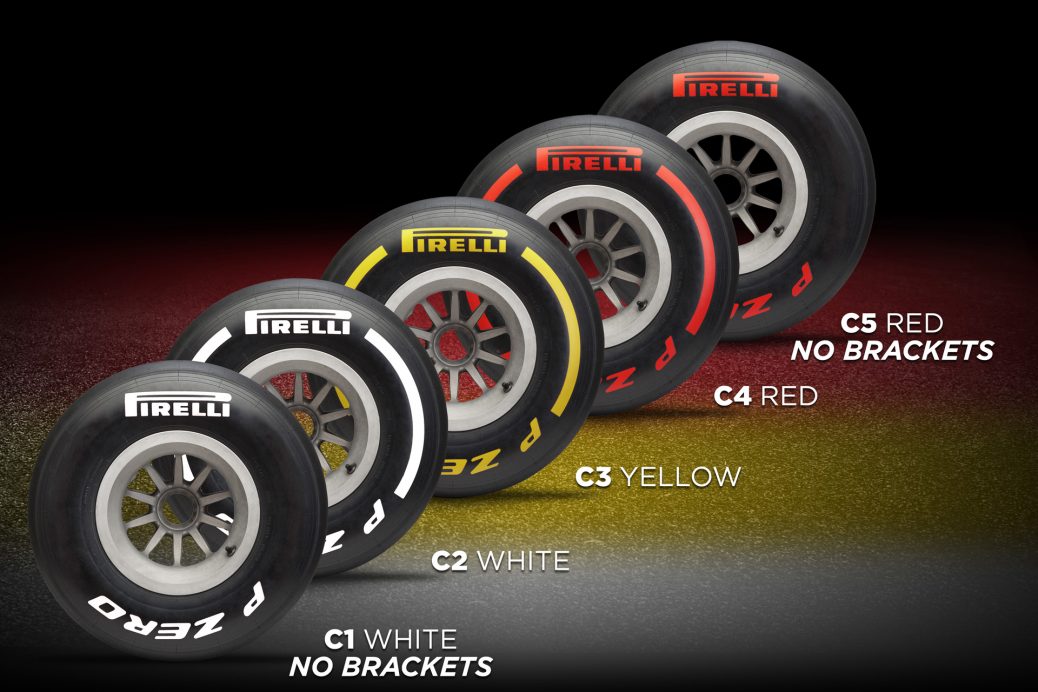 Pirelli has revealed how its five tyres will be identified during testing for the 2019 F1 season.
In order to distinguish between all five compounds when they are running on track, Pirelli will vary the style of the marking on some of them.
“Normally we will only see three colours at every race, so we’re only using three colours at the tests as well,” explained Pirelli’s motorsport director Mario Isola.
Mario Isola: “As a result, the very hardest and softest tyres won’t be marked with stripes: only the colours will vary.”