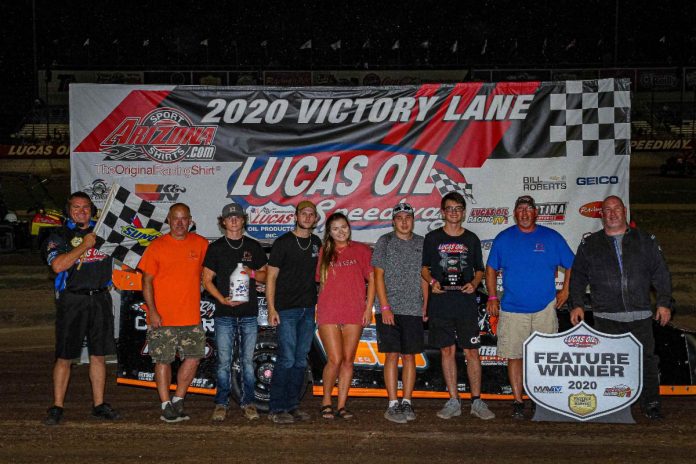 – Saturday night saw a pair of first-time Lucas Oil Speedway feature winners celebrate in victory lane, along with two veterans who are leading their championship chases. Salter said it was the third time he had raced at Lucas Oil Speedway over the years. Brown finished second for the fourth time to go with his five feature wins. Cox started on the pole and sprinted to a 1.3-second lead over third-starting Kaeden Cornell by lap 10. Reed finished .928 seconds in front of runner-up Chase Domer to cement his points lead. Taking advantage of a restart following the race’s third caution, Reed regained the lead with an inside pass of Kirk in turn two on lap nine. Reed had opened a 1.5-second lead by lap 14 when another caution bunched the field with Domer in second, Tracy Wolf third and Paden Phillips in fourth.