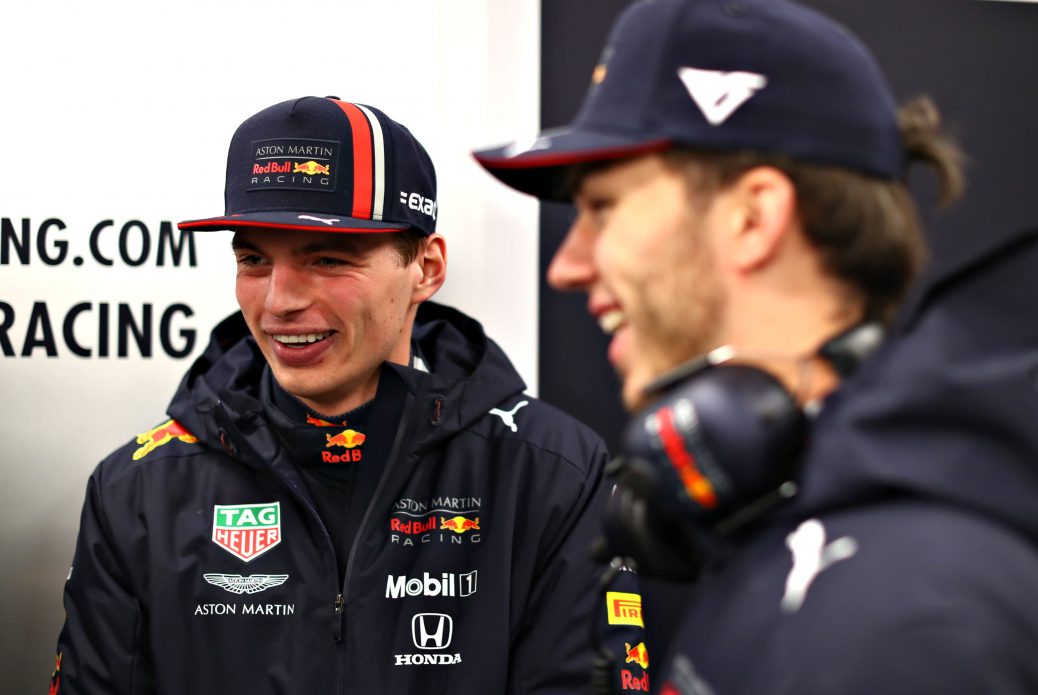 Max Verstappen says a “very positive” first run in Red Bull’s Honda-powered 2019 Formula 1 car left him “smiling”.
Red Bull revealed its first-ever F1 car to be powered by a Honda power unit – the RB15 – on Wednesday and conducted an initial shakedown test on the same day at Silverstone.
While Verstappen said the team is “expecting a lot” from the marriage of a Honda power unit alongside a strong chassis, he acknowledges there may be some stumbling blocks in the beginning.