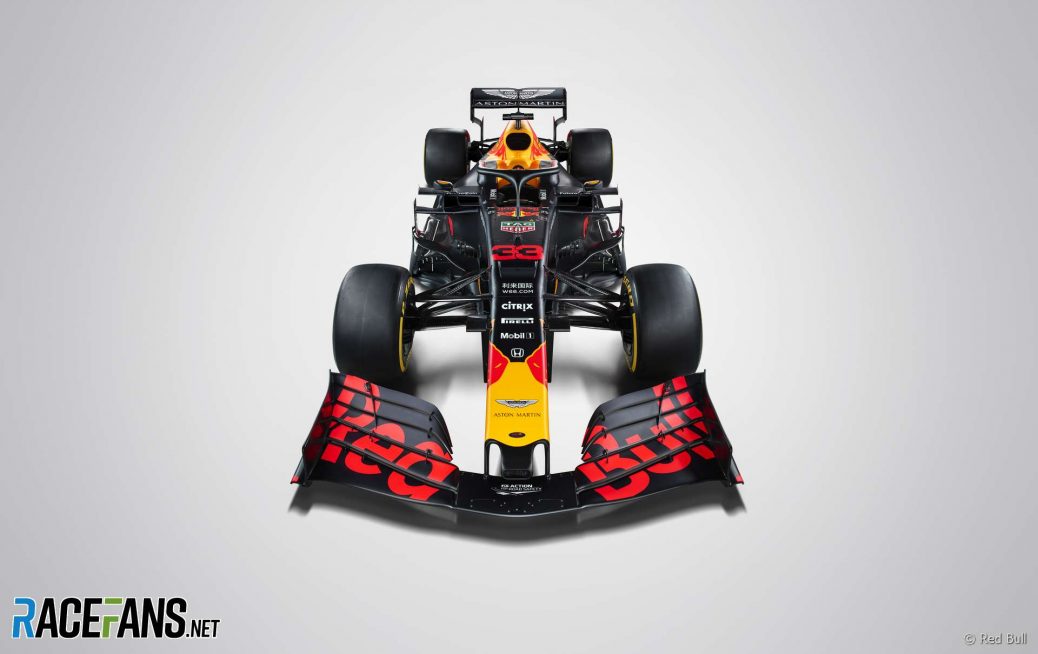 Red Bull’s new RB15 chassis for the 2019 F1 season has been shown for the first time in its definitive livery, having previously been revealed in a special launch color scheme.
The new car, which Max Verstappen is driving in today’s test, is Red Bull’s first car to be powered by a Honda engine.
Speaking ahead of the new car’s first run, team principal Christian Horner said the development of the new chassis and its Honda power unit had been “truly integrated”, but its potential is unlikely to be realised from the first race.