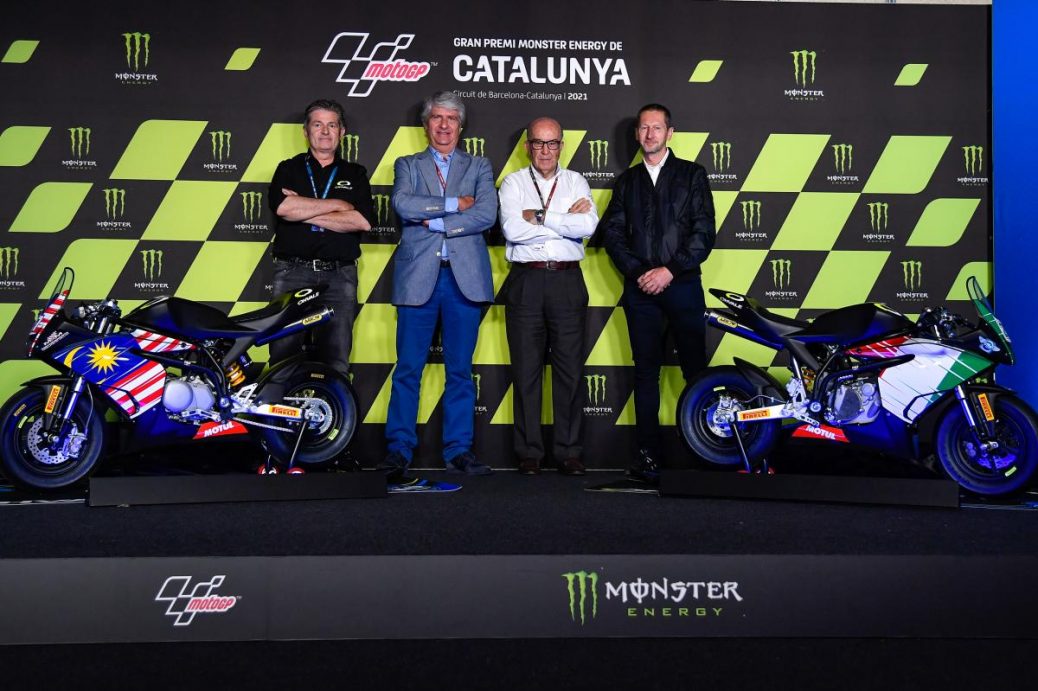 As the newest path on the Road to MotoGP™ gets in gear, the new FIM MiniGP World Series was formally presented in a special Press Conference at the Circuit de Barcelona-Catalunya on Saturday. MOTUL was also presented as a new partner of the project, offering top quality lubricants to FIM MiniGP World Series competitions and competitors. Join FIM President Jorge Viegas, Dorna CEO Carmelo Ezpeleta, Ohvale CEO Valerio Da Lio & Pirelli Motorcycle Racing Department’s Wayne Doran. The FIM MiniGP World Series is designed to unify and standardise MiniGP competitions from around the world under the same umbrella, aiming to create an equal platform for young riders worldwide to increase their skill and opportunity. Federations and CONUs (continental unions) from around the world can apply to be part of the series. The FIM MiniGP Qatar Series begins in late 2021, and will therefore be the first Cup to be included in the 2022 FIM MiniGP World Series. The FIM MiniGP World Series is the first step on the Road to MotoGP, with very limited costs and in a safe environment. I want to thank Dorna, with whom we have been working for a long time on this project, for the fantastic collaboration, and also our partners Ohvale, Pirelli and Motul.”. I want to thank the FIM, and Ohvale and Pirelli, as well as Motul as they have recently joined us as a partner of the series.