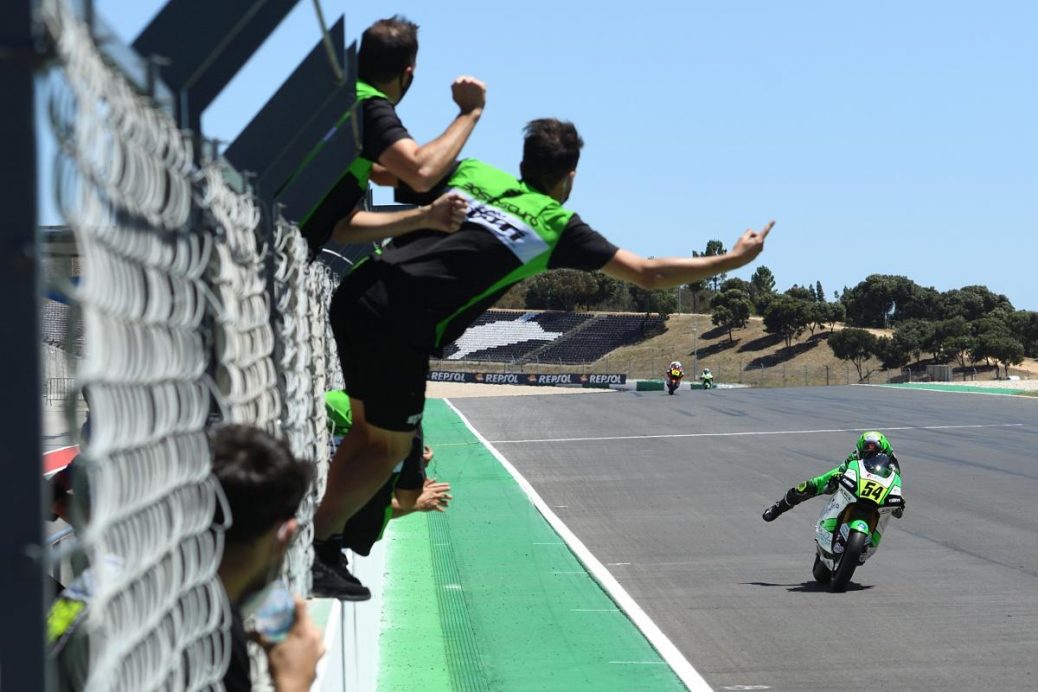 The summer heat remains high and the FIM CEV Repsol is back in action, this time heading for the iconic Circuito de Jerez-Angel Nieto. And what that means, with three races remaining after Jerez, is that he could also take the crown. If he’s more than 75 points clear after the flag in race two in Andalucia, there will be a new FIM Moto3™ Junior World Champion. There’s also the final corner, when plenty of races have been won and lost. He’s 44 points clear going in, and there is only one race left after Jerez. Lopez has been his consistent challenger though, second in every race bar one, and he knows Jerez. Zurutuza also, with two races remaining after Jerez, will have a chance to put one hand on the Cup.