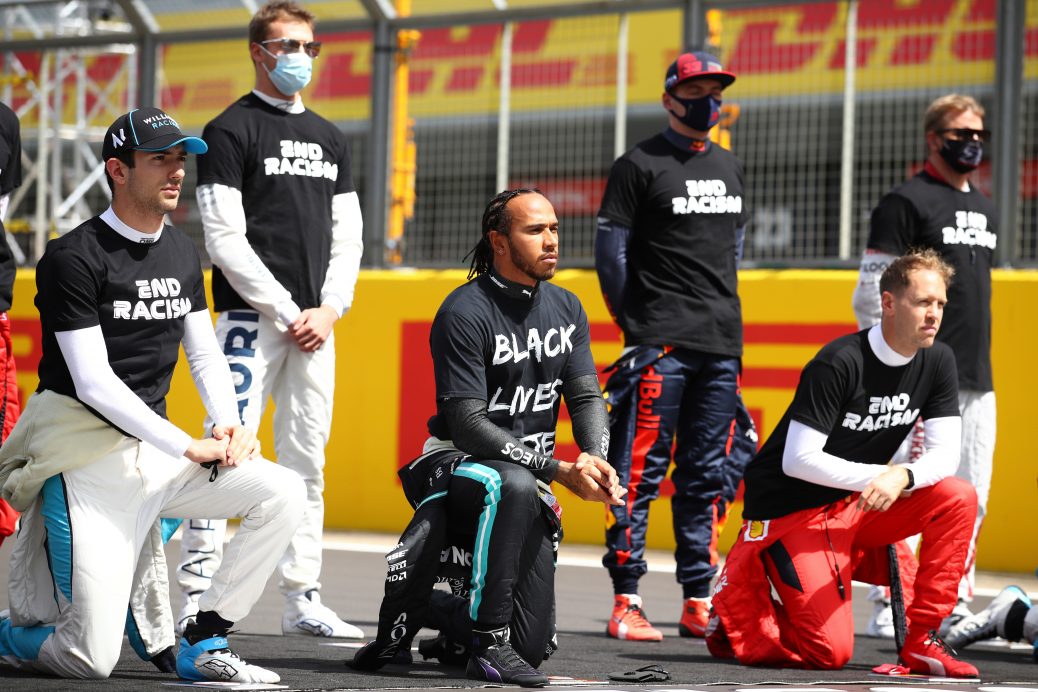 FIGHT GOES ON Lewis Hamilton and Co given time to kneel at start of British GP after Hungarian GP farce.. but seven still refuse

LEWIS HAMILTON and Co were able to take the knee before the British GP after the farce in Hungary. Hamilton, 35, insists he doesn’t want his rivals to “feel forced” to kneel. After last month’s Austrian GP, when six drivers stayed standing, he said: “I don’t want it to be a case of people feeling forced. I want people to be excited to be a part of the change. “Whether we do take the knee or we don’t take the knee, that is not the question. “Some people want to do different things, but we are all in agreement that we want to take a stand and show support of what we’re trying to do against racism.”.