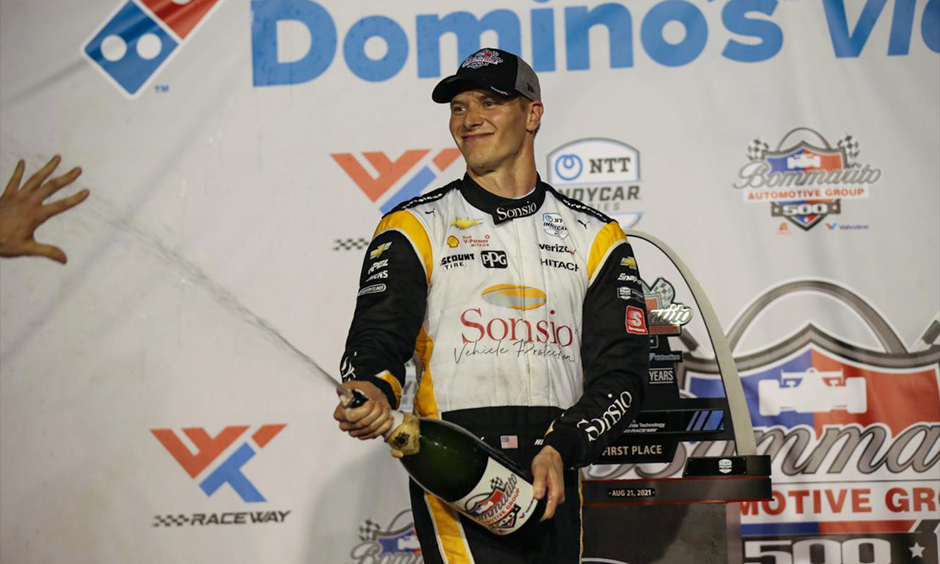 After a whirlwind evening of racing in Saturday night’s Bommarito Automotive Group 500 presented by Axalta and Valvoline at World Wide Technology Raceway, the NTT INDYCAR SERIES can exhale before the season championship hits its final sprint. “When you look at Newgarden’s pace all year, it really is not a lack of performance,” said Power, who finished third in Saturday night’s race. Chevrolet also had a good weekend, with its cars finishing in the top five positions. Pagenaud did the best he could from there, finishing eighth in the No. “I finished my first oval race — it was a very, very good experience,” Grosjean said. They have combined for three podium finishes and five top-five finishes this season. The finish allowed Sato to climb into the 10th position in the standings. Newgarden was particularly pleased with the oversized champagne bottles offered to the top-three finishers of Saturday night’s race. Newgarden wasn’t joking, either, saying they should be “mandatory” at all races.