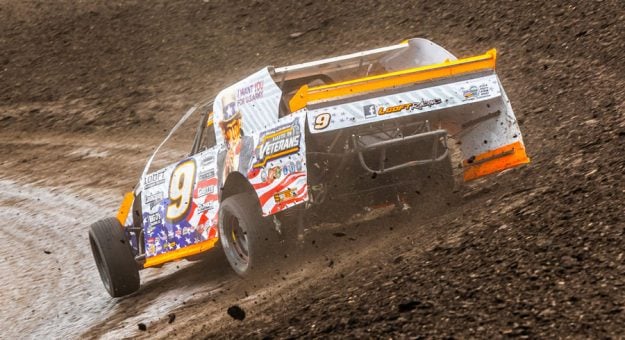 SWEA CITY, Iowa — A first-time win became the highlight of the season for one of IMCA’s winningest drivers. Matthew Looft raced to the fifth Friesen Performance IMCA Northern SportMod national championship of his career, winning a single-season best of 37 features — including his career 200th — as well as track titles at Arlington Raceway and Kossuth County Speedway. “That would have to be the highlight of our season,” Looft said of his Sept. 10 drive to the checkers at Boone Speedway. That was our goal at the start of the season,” Looft said. Also national champion in 2013, ’14, ’18 and ’21, Looft now has 231 feature wins and 30 track titles to his Northern SportMod career credit. Jason Mallicoat is the only other driver to win Super Nationals and national championships the same year, in 2006.