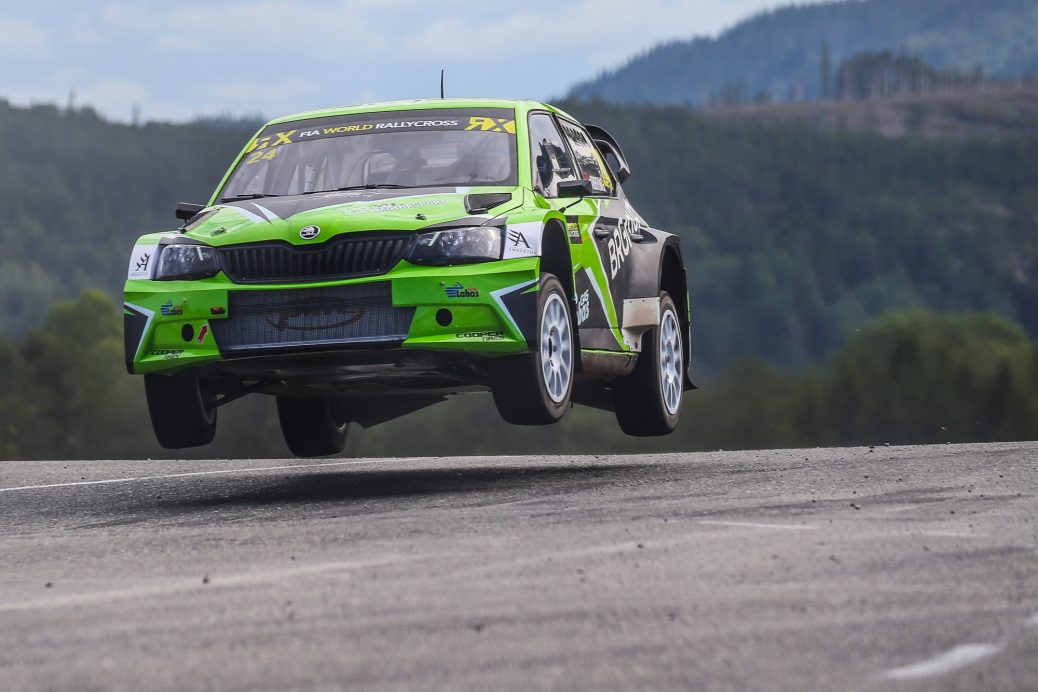 The FIA World Rallycross Championship visited Hell in Norway for five round of the season, where after a weekend of sunshine, rain drenched the circuit just ahead of the semi-finals and caused plenty of action.
With Gronholm taking maximum points from Hell RX and World RX Drivers’ Championship leader Timmy Hansen not making the final, along with strong points scored in qualifying by Timur Timerzyanov, GRX took the most Teams’ points in Norway and is just 18 behind in the Teams’ Championship.