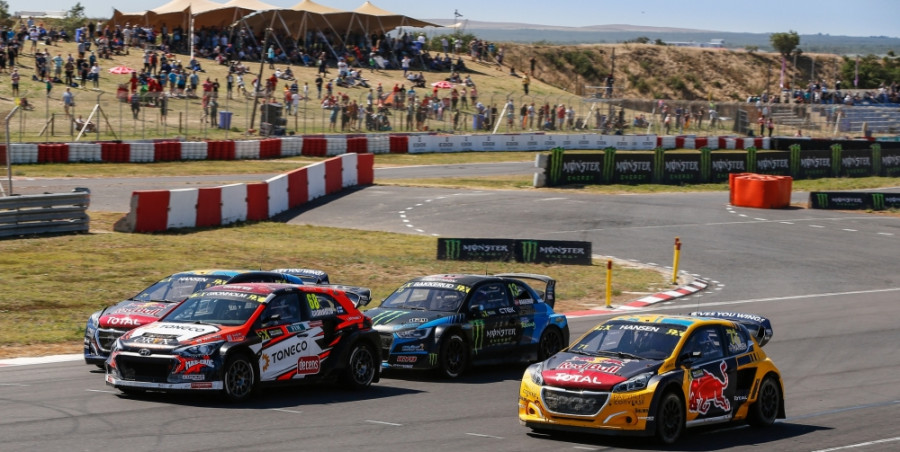 Finland’s Niclas Gronholm took the quickest time in Q2 at the SABAT World RX of South Africa, the 10th and final round of the FIA World Rallycross Championship in Cape Town to take the overnight TQ (top qualifier) position.
Niclas Gronholm: “Having a day like this here in the last race it feels a bit sad that we’re out of the championship fight, it would have been nice to join the top three and be in the fight.”
World RX Drivers’ Championship leader Timmy Hansen is P2 after Q2, even though he was only P9 in Q2 after racing on the same watered track as Gronholm.