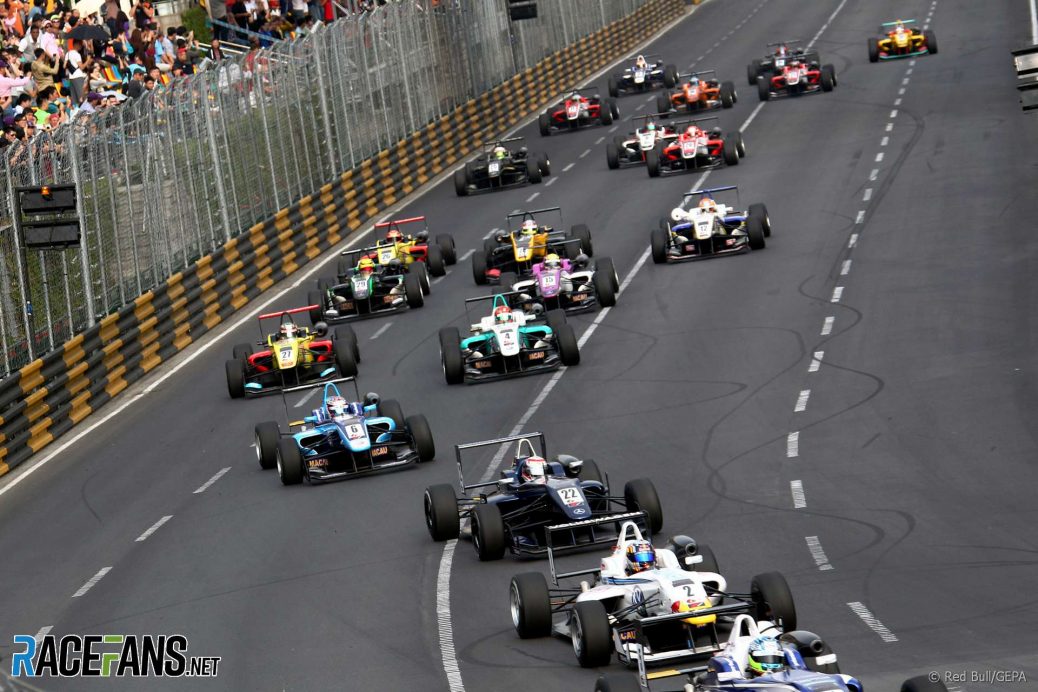 The FIA will not demand changes to the layout of the historic Macau Guia street circuit in the wake of last week’s crash which left five people injured.
Sophia Floersch, Sho Tsuboi and three track-side workers were injured in the crash at the Lisboa corner on the fourth lap of the Macau Grand Prix.
Speaking at the launch of the new 2019 Formula Three car yesterday, FIA race director Charlie Whiting addressed concerns over the safety of the circuit.
Charlie Whiting: “Not to the layout of the circuit but just a few places that might need additional crash barriers, that sort of thing.”