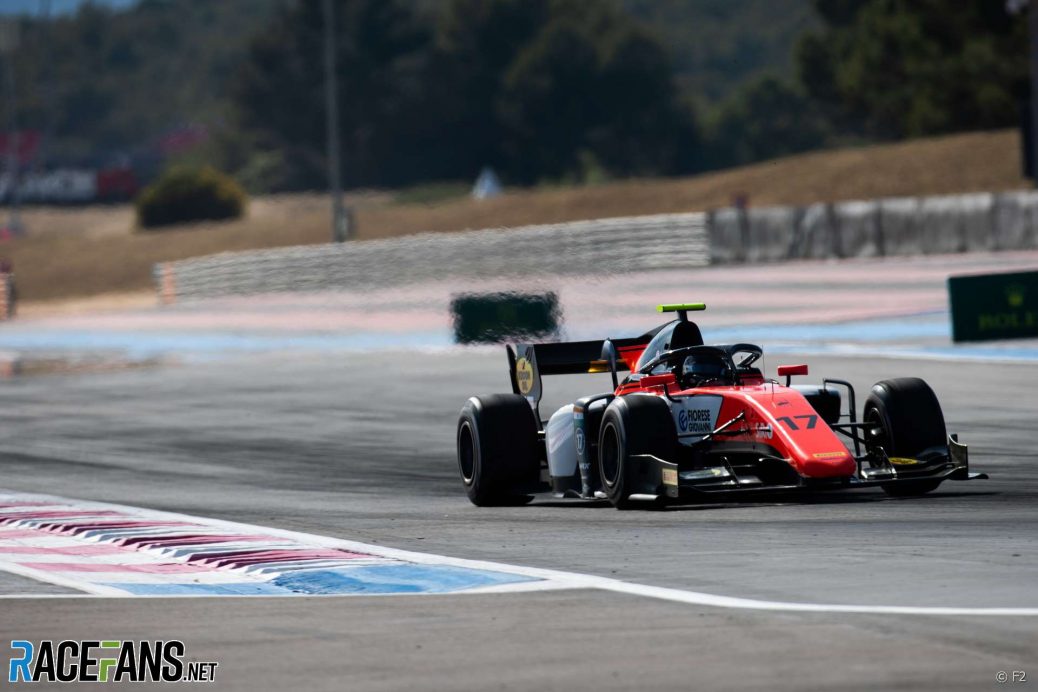 The FIA will review the rules on driver penalties after Mahaveer Raghunathan was allowed to start Sunday’s F2 sprint race in France despite picking up a ban during the feature race on Saturday.
Raghunathan reached the threshold of 12 penalty points in Saturday’s race which triggers an automatic ban.
Fia race director Michael Masi said the unusual situation was a consequence of F2 adopting the same rules used in F1, where each event consists of only one race.
Michael Masi: “The penalty points regulations, from my understanding – obviously not having been around when they were designed – [were] obviously designed on a Formula One event with one race, not two.”