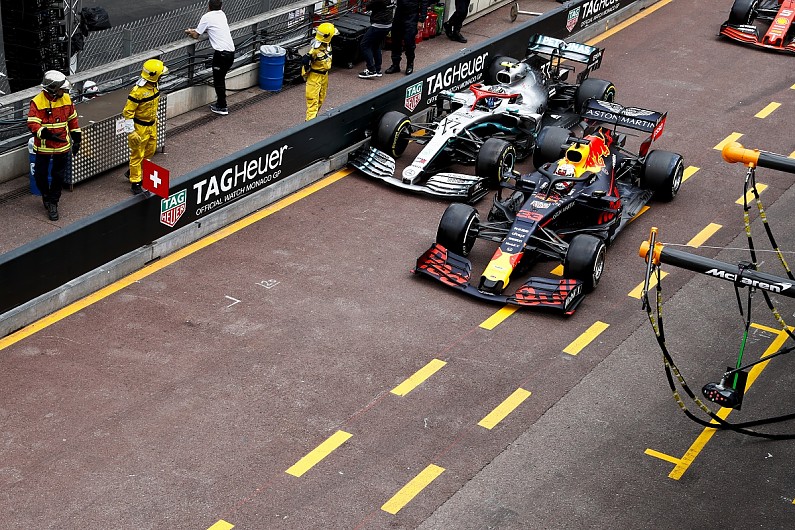 Autosport can reveal that the FIA has agreed with Formula 1 teams that unsafe pitstop releases will be punished with time penalties rather than fines, following Ferrari’s incident at Hockenheim.
There was a unanimous request for time penalties to be deemed as the punishment and the FIA has now accepted the concerns that fines were not enough of a deterrent.
It has now been decided that unsafe releases will be punished with time penalties and the decision will quell unhappiness in the pitlane, with Max Verstappen proving a vocal critic.