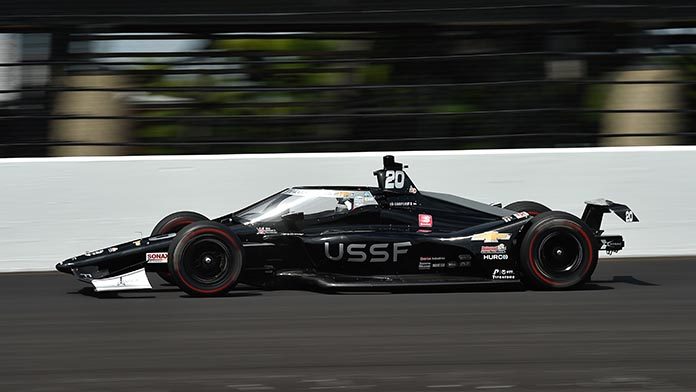 Few Takers During Practice Ahead Of Indy Qualifying

INDIANAPOLIS – There were only seven drivers that took advantage of Saturday morning’s final practice session before qualifications for the 104th Indianapolis 500 at Indianapolis Motor Speedway. Ed Carpenter was the fastest overall at 230.833 mph, but defending Indianapolis 500 winner Simon Pagenaud was the fastest on the no tow report. Conor Daly of Ed Carpenter Racing was second at 230.630 mph and second on the no tow list at 229.911 mph. Three-time Indianapolis 500 winner Helio Castroneves was third at 230.585 mph overall and third on the now tow list at 230.098 mph. He was followed by Pagenaud, J.R. Hildebrand (228.371 mph both overall and no tow), Max Chilton at 228.061 mph and Ben Hanley at 223.416 mph and 221.816 mph on the now tow list.