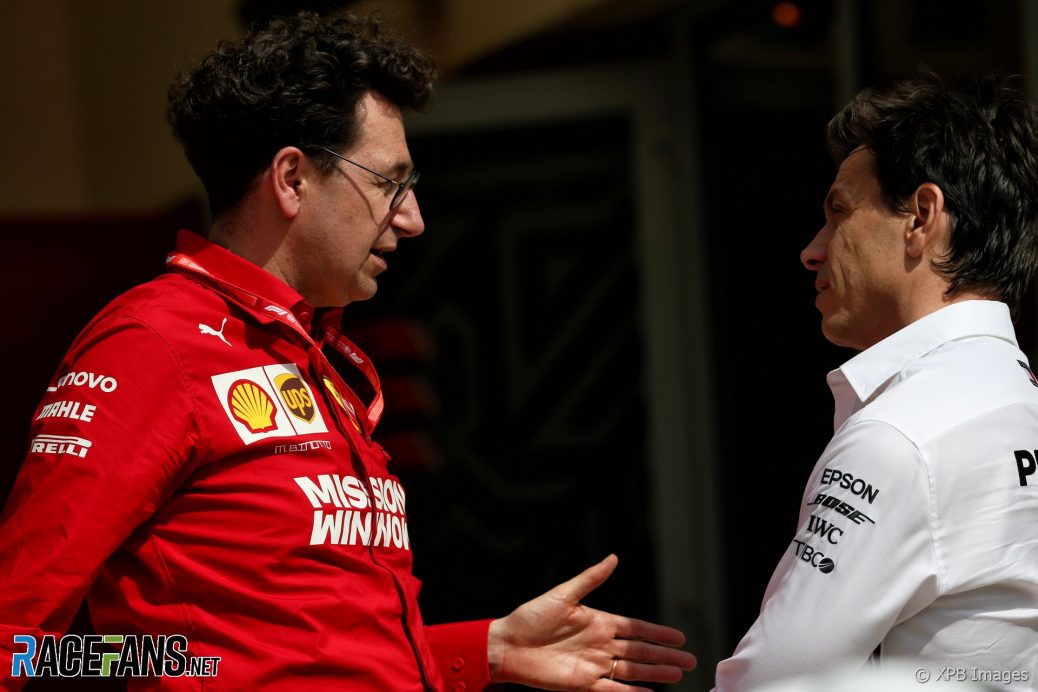 Ferrari’s controversial power to veto changes to the Formula 1 teams is not without support among rival teams.
On Friday Ferrari team principal Mattia Binotto defended the team’s veto power, which was granted to it by Bernie Ecclestone during his period in charge of the sport.
“It’s not only protecting Ferrari but is protecting all the teams maybe against some decisions that could be against the interest of the teams themselves.”
Ferrari is in discussions with the FIA and F1 about whether it will be allowed to keep its veto should it commit to continue in the sport beyond 2020.