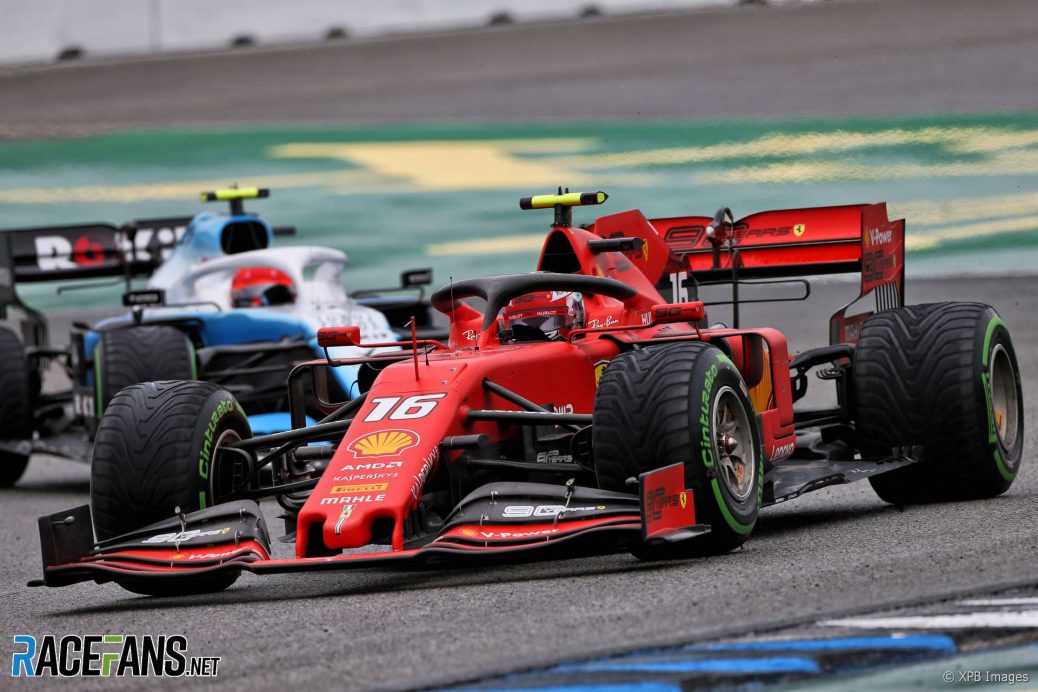 Team principals raised concerns Ferrari were not given a time penalty for releasing Charles Leclerc unsafely from his pit box during the German Grand Prix.
“He lost five positions there,” said Grosjean’s team principal Guenther Steiner.
“I was surprised [by] the release of Ferrari, [which] looked very similar to a Monaco one to me, that the team only got fined.”
Horner admitted the two penalties were slightly different in that Verstappen and Bottas had been fighting each other for position, but Leclerc and Grosjean weren’t.
Ferrari’s fine “arguably was the right decision,” he added.