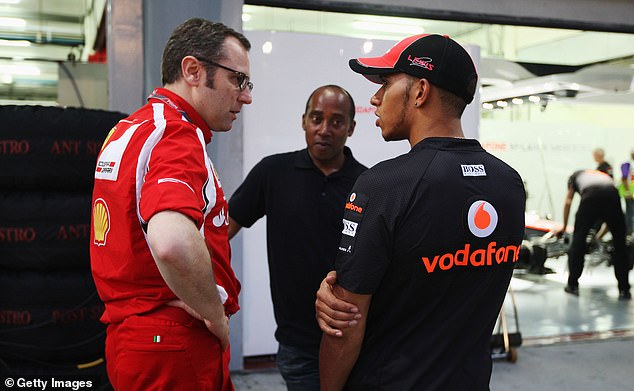 Ferrari’s failure to land Lewis Hamilton will go down as a ‘sliding doors’ moment, says former team boss Stefano Domenicali after the Mercedes star admitted he will ‘never know why’ he hasn’t raced for F1 giants

The possibility of Lewis Hamilton ever joining Ferrari has ‘passed’ admits former team boss Stefano Domenicali – who says their failure to sign him will be remembered as a ‘sliding doors’ moment. Domenicali, who was team principal of Ferrari between 2008 and 2014 and is now CEO of Formula One, confirmed there were talks about bringing Hamilton to the team during his time in charge, but said the 36-year-old had made the a good decision to race for Mercedes after an ‘incredible career’. ‘I think that period of him [joining Ferrari] has passed away. ‘This warmed my heart, but it’s pretty amazing that I’ve never driven for Ferrari in so many years. ‘It has never really been possible and I will never quite know exactly why.