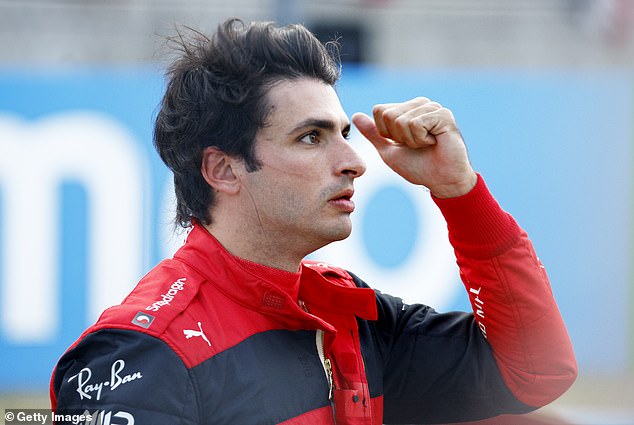 Max Verstappen could not celebrate his title triumph in Japan a fortnight ago with pole at the US Grand Prix – qualifying only third fastest as Carlos Sainz set the pace for Ferrari. Verstappen will move up a place to start second because Ferrari’s Charles Leclerc falls down 10 places owing to an engine change. Lewis Hamilton will start third despite qualifying fifth once fourth-best Sergio Perez, of Red Bull, takes his own five-place demotion. Leclerc’s 10-place penalty means Verstappen will start second on the grid, as the champion finished third in Q3. Verstappen and Leclerc are the only drivers not heading out for another Q2 lap. Leclerc currently leads with 1:35.246 less than a tenth of a second faster than Verstappen in second. Lewis Hamilton has had a lap time deleted… let’s see where he ends up. Seven minutes to go, and Sainz has leapfrogged his team-mate Leclerc into first, bumping Verstappen down to first. Leclerc overtakes Verstappen after the champion just records the fastest time, as Perez goes third fastest so far. Verstappen finished 0.32 seconds ahead of Charles Leclerc in second, while Carlos Sainz recorded the third best time 0.44 seconds behind his Ferrari team-mate.