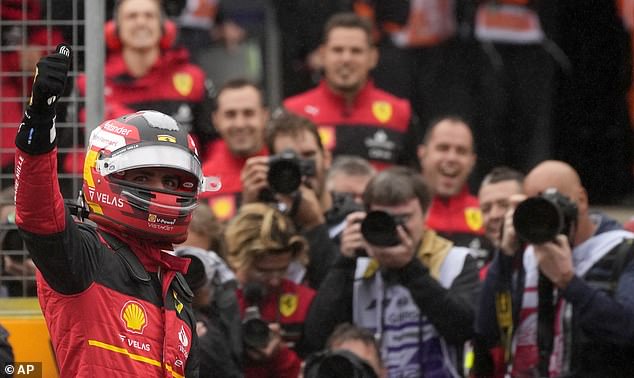 Carlos Sainz took the first pole position of his career at a rain-soaked Silverstone. Perez goes P3 before Alonso moves up to fifth and he gets to the line in time so he can do another lap. Norris goes up to second before Hamilton then takes that place, with Russell going third. Sainz goes fastest by a tenth before Leclerc goes quicker by 1.2 seconds. Leclerc goes fastest but Verstappen has looked like he was going to do that for a while. Norris goes second for McLaren which will please the crowd and the two Ferrari drivers are improving. Leclerc then goes fastest, but Verstappen re-takes top spot and Hamilton goes second. Russell goes quickest in his Mercedes but that is quickly taken by Verstappen who goes 1.2 seconds quicker. Perez goes second, but like Verstappen, is six tenths slower than Leclerc. Ocon who has not set a lap puts one in and goes 18th only. Sainz goes second before Hamilton then takes second with Russell into third.