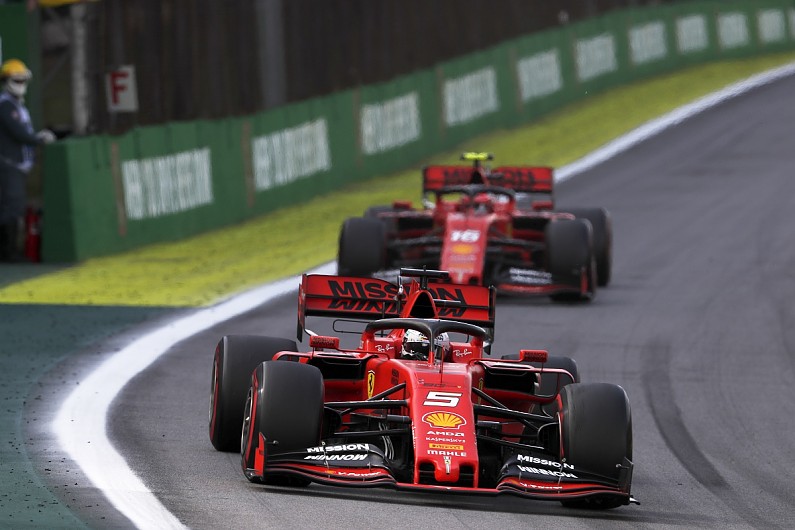 Ferrari Formula 1 team boss Mattia Binotto says Sebastian Vettel and Charles Leclerc have a better relationship than people think, but admits their Brazilian Grand Prix clash “may not help”.
Asked if Vettel and Leclerc had a healthy relationship, team principal Binotto said: “I think that what I may read or hear is quite different compared to what I may see internally.
Binotto said Ferrari’s review of the incident would take place back at its headquarters at Maranello, not in the “heat” of the moment.
Four-time world champion Vettel has been outperformed by Leclerc at Ferrari this year, with the rising star bagging seven poles and two wins.