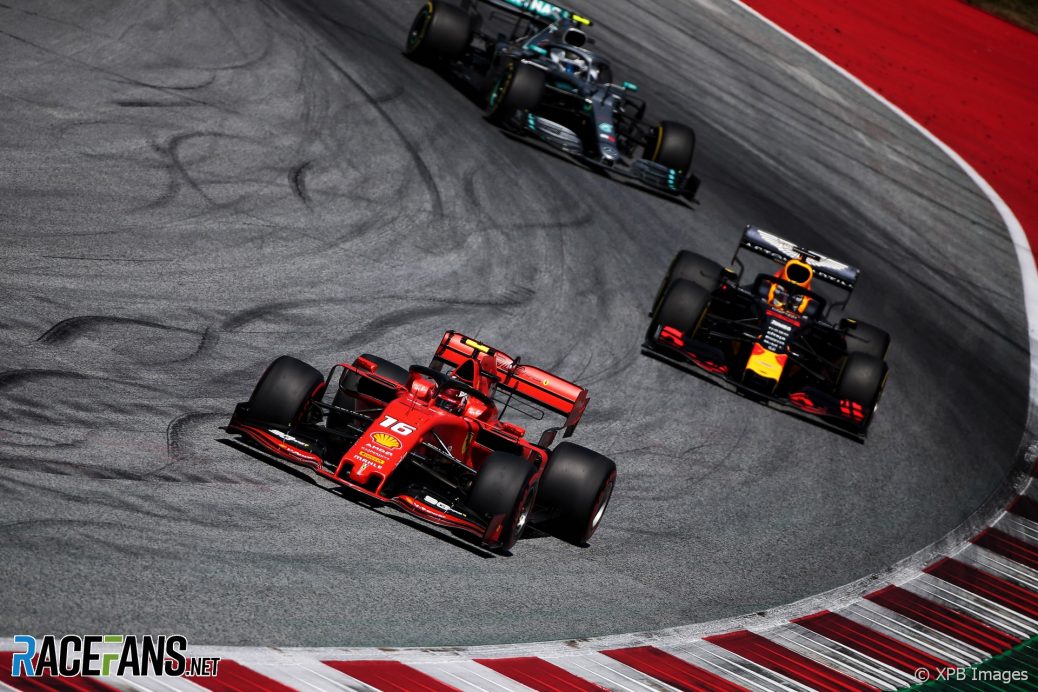 Ferrari team principal Mattia Binotto says the team’s strong performance at the Austrian Grand Prix was largely down to characteristics of the circuit.
But while Binotto said the team has improved its SF90, he doesn’t expect them to repeat that performance at every other venue this year.
Mattia Binotto said “certainly the track characteristic is the main factor” behind their turnaround in performance.
“I think we’ve seen before to come to Paul Ricard that it could have been a difficult weekend.”
“So I think at the end of Paul Ricard the car has improved compared to Barcelona.”