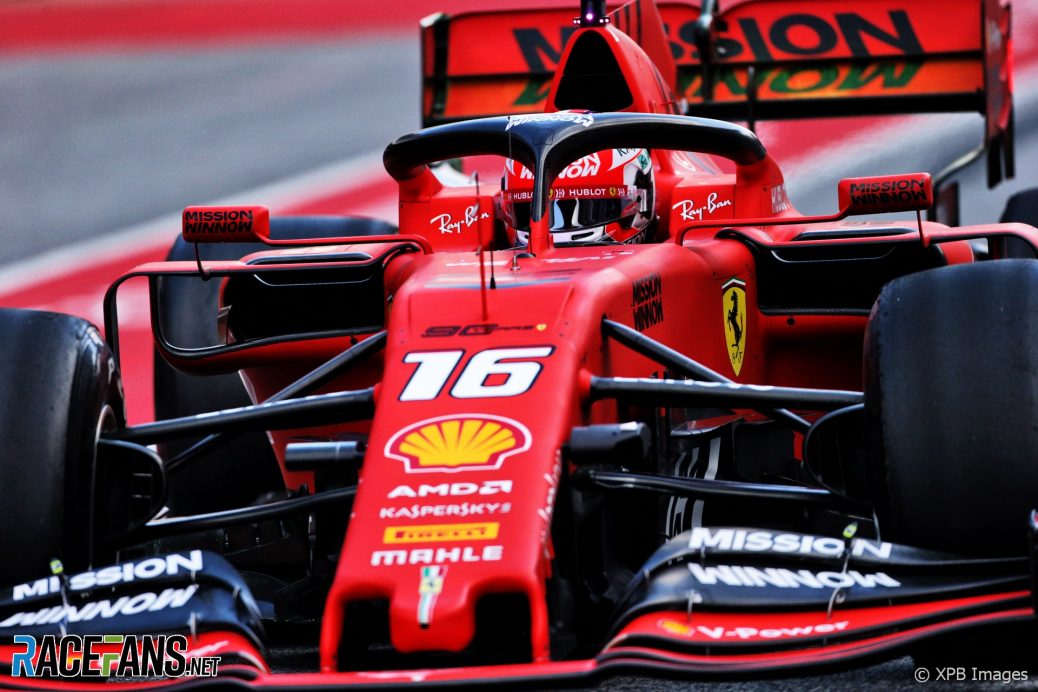 Ferrari have gone for a more considered approach to the front wing rules than the other teams running simpler Version 1.0 wings.
There’s no question that this wing format, despite the smaller flap elements, cannot create the downforce required for the car.
With this package its clear Ferrari have thought through its Version 2.0 wing, that is likely to be copied by other teams as they develop their next generation front wings.
Evident on the Ferrari-powered Haas and Sauber cars, the exhausts are arranged in an unusual stacked format, with the two wastegate pipes mounted above the main tailpipe.