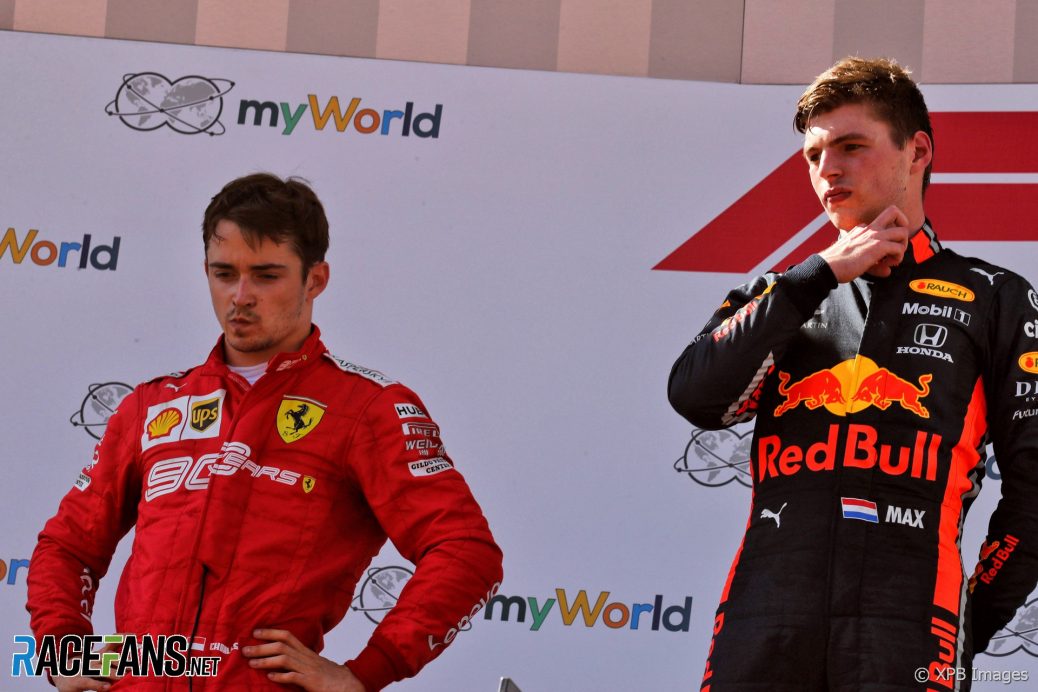 Ferrari team principal Mattia Binotto says the team does not agree with the stewards’ decision to clear Max Verstappen over his collision with Charles Leclerc, but they will not protest it.
Speaking after the stewards confirmed Verstappen’s victory, Binotto said: “We still believe that this is a wrong decision.
Ferrari has been on the wrong side of two stewards’ decisions in the past three races which determined the winner of each.
Mattia Binotto: “So bravo to Verstappen, victory of him and I think he did a fantastic race today, as I think Charles [did] as well.”