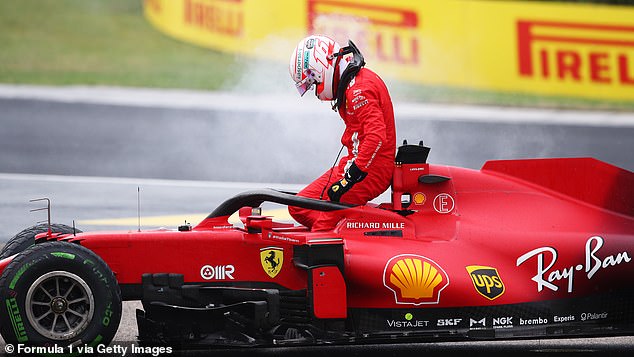 Ferrari have revealed that Charles Leclerc’s engine was ‘irreparably damaged’ in the first-corner pile-up at the Hungarian Grand Prix. Leclerc became one of several drivers to retire at the first corner after being hit from behind by Lance Stroll’s Aston Martin. Ferrari have released a statement saying that the incident ‘robbed’ Leclerc of ‘a great result at the Hungaroring’ and explained how the crash has financially impacted the team. As it stands, drivers are restricted to three power-units over the course of the 2021 season – putting Leclerc under pressure as his second engine ‘irreparably damaged’ in Hungary.