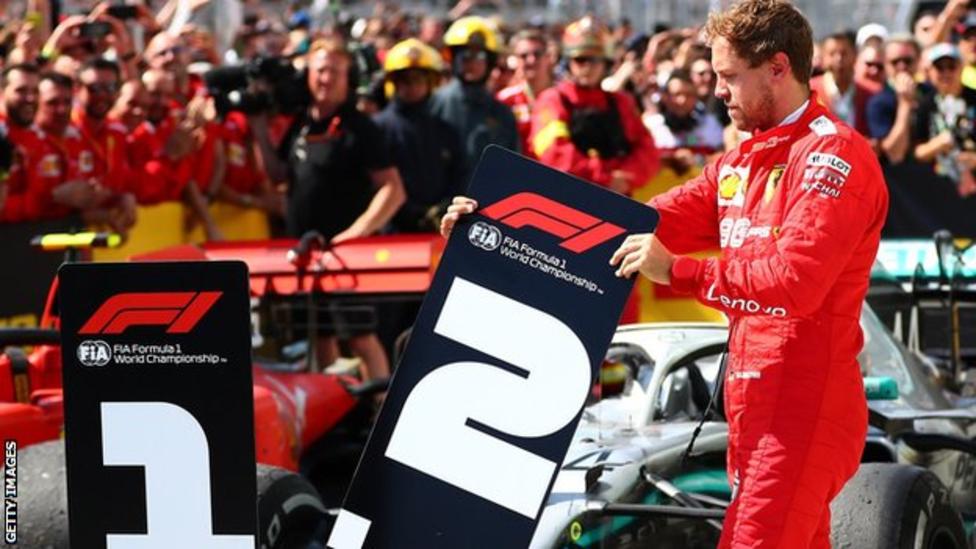 Ferrari’s attempt to overturn the penalty that cost Sebastian Vettel victory in the Canadian Grand Prix has been rejected by Formula 1 officials.
Ferrari met with race stewards at the French Grand Prix on Friday to argue for a right to review the incident.
But stewards found that Ferrari had presented “no significant and relevant new elements which were unavailable to the parties at the time”.
The verdict overshadowed Friday at the French Grand Prix, which Mercedes dominated, Hamilton leading team-mate Valtteri Bottas in the first session (https://www.bbc.co.uk/sport/formula1/48718088) and the positions reversed in the second.