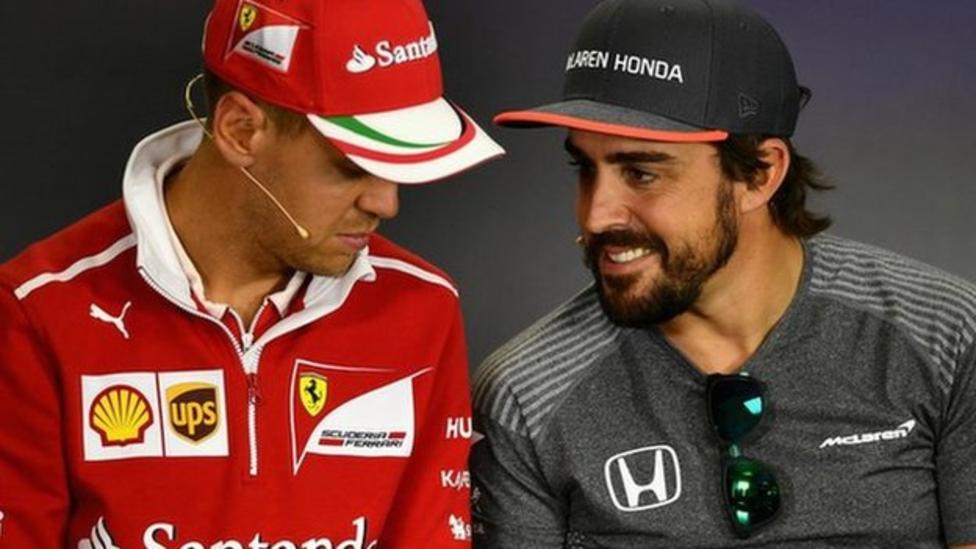 Ferrari or Red Bull – what is Fernando Alonso’s next move?

Why is an Alonso return being talked about?
Alonso is being discussed because of the driver situations at both Red Bull and Ferrari.
Red Bull team boss Christian Horner said at the Belgian Grand Prix last weekend that Vettel was “not available next year”.
There are a number of reasons why Vettel to Red Bull and Alonso to Ferrari appear unlikely to happen.
As for Alonso’s chances at either team, Red Bull are out of the question even if they wanted him, because of Honda.
So what is Alonso’s future?