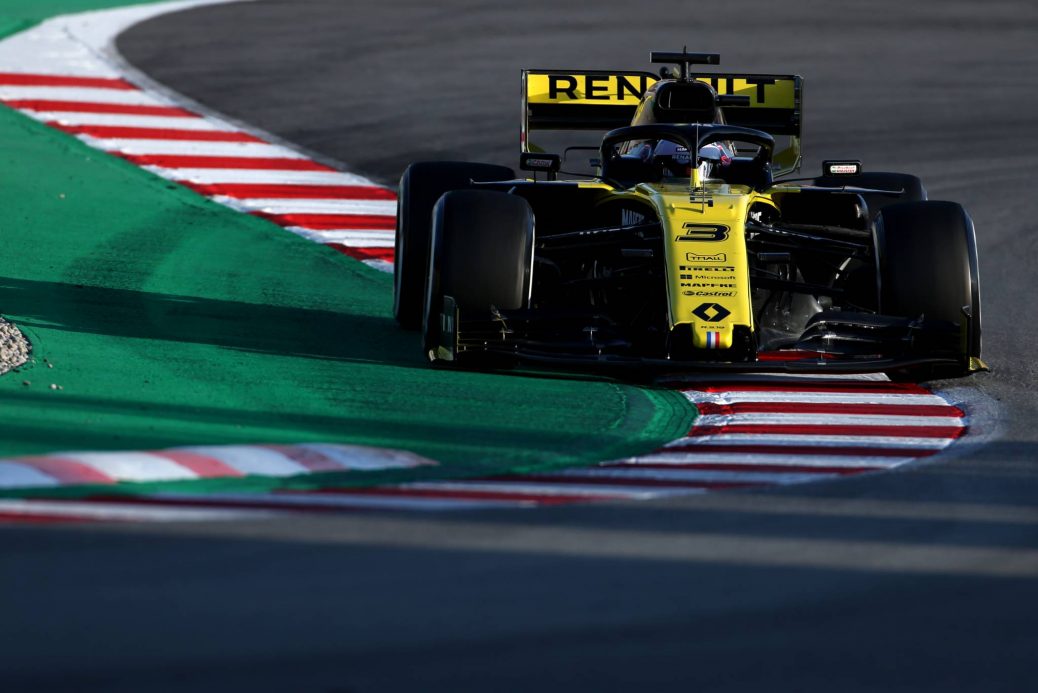 Daniel Ricciardo believes Ferrari is “creating a statement” with its strong start to pre-season F1 testing.
Daniel Ricciardo says Ferrari is the only team that has “stood out” from pre-season testing and feels it is “creating a statement” ahead of the new Formula 1 campaign.
The Italian team is looking to bounce back from successive title defeats at the hands of Mercedes and Lewis Hamilton and Ricciardo reckons Ferrari is making a statement of intent by hitting the ground running.
Ricciardo said Renault is leaving “no stone unturned” in its preparations for the new season.