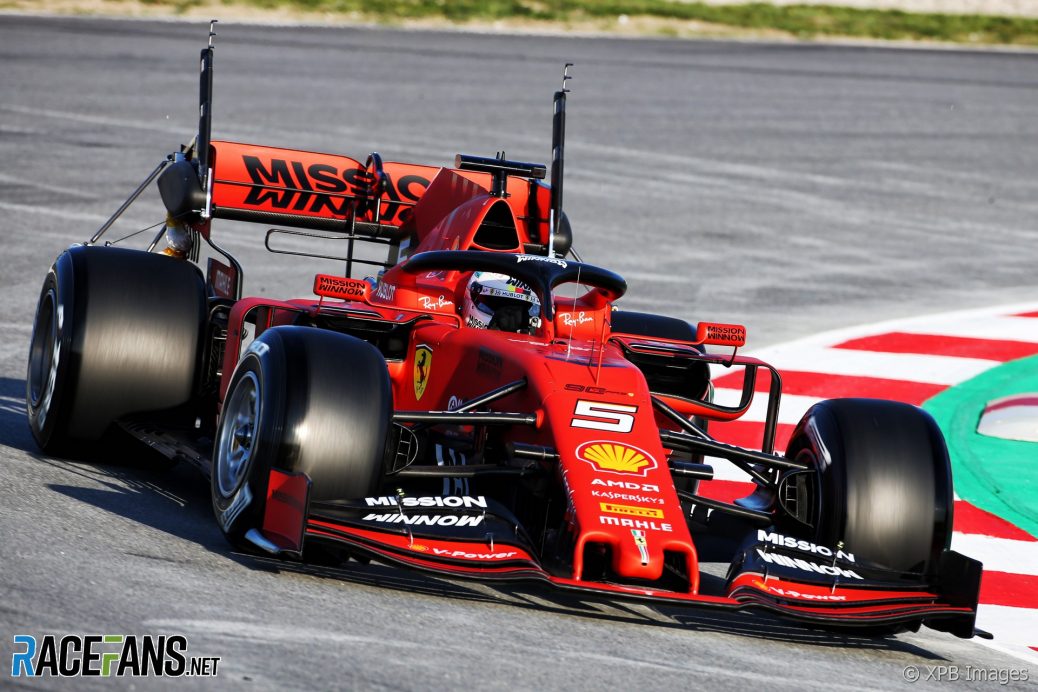 Sebastian Vettel led the first day of testing for the 2019 F1 season.
Ferrari served notice of their intentions on the first day of the new season by both setting the fastest time and covering the most laps of any team.
Carlos Sainz Jnr scaled the times sheets late of the day to end the test second-fastest for McLaren.
He went on to set the day’s third-fastest time, almost a second off Vettel’s mark.
Sergio Perez gave the new Racing Point RP19 its first run but the car, which hadn’t had a shakedown test, only managed 30 laps.