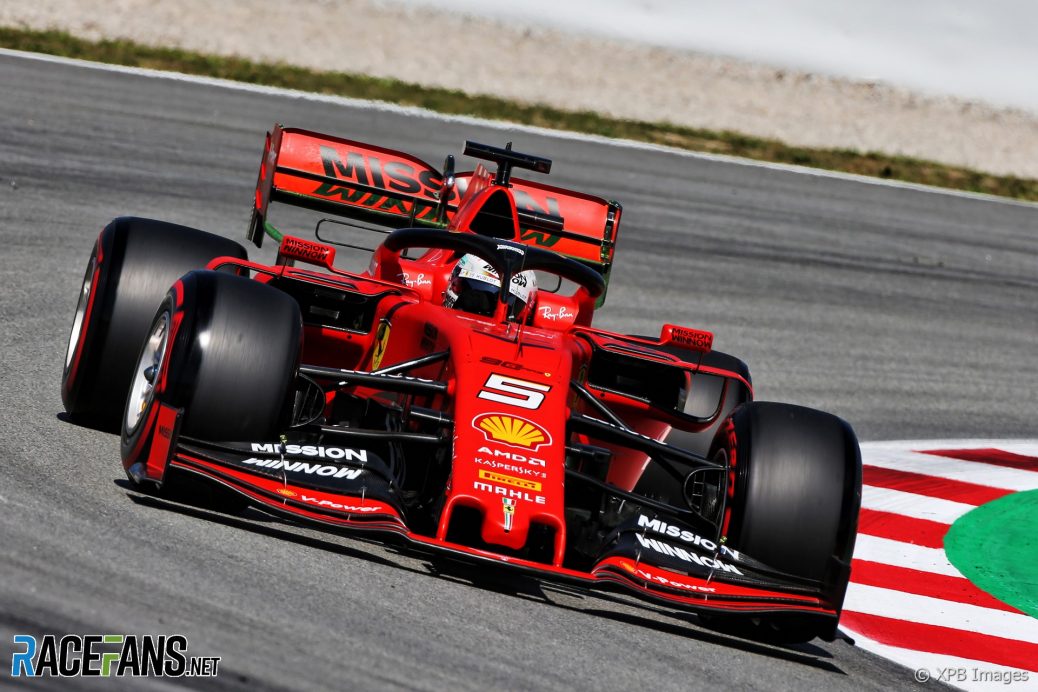 Ferrari intends to avoid incurring power unit penalties for Sebastian Vettel and Charles Leclerc despite changing their engines earlier than planned, says team principal Mattia Binotto.
The team is running its ‘spec two’ power unit for the first time at the fifth race of the season.
Each driver is allowed three engines for the 21-race championship, meaning each unit typically needs to cover seven races.
The team originally intended to debut its new engine specification at the Canadian Grand Prix in four weeks’ time.
“You simply achieve that by trying maybe sometimes to shortcut or to intensify the activity.”