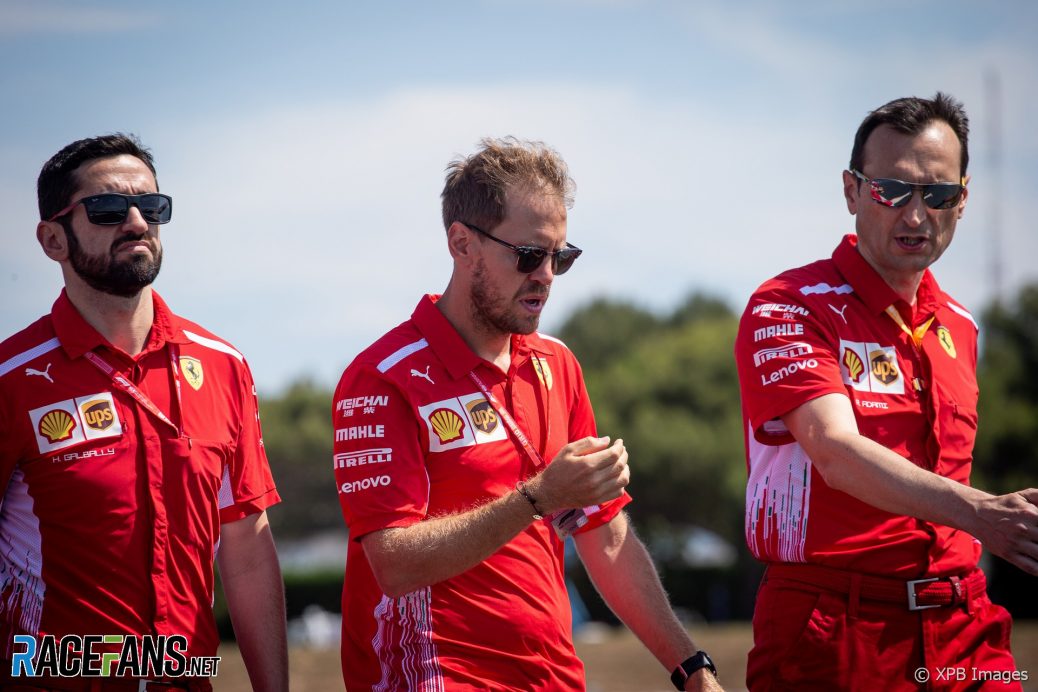 Sebastian Vettel says Ferrari hope to present new information regarding the Canadian Grand Prix incident between him and Lewis Hamilton when the matter is reviewed tomorrow.
Vettel said Ferrari has requested the review “to open the case again and have another look”.
“We can bring some information that maybe the stewards didn’t have at the time and we’ll see,” Sebastian Vettel added.
Vettel was given a five-second time penalty after he was found to have rejoined the track unsafely when he went off at turn three on lap 48, having braked later for the corner than he had on previous laps.