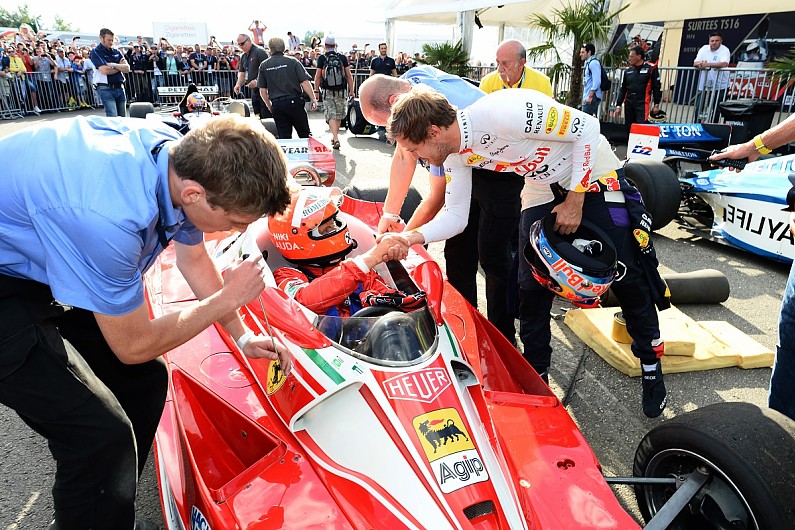 Sebastian Vettel says his “no-brainer” decision to write a letter to Niki Lauda when the three-time Formula 1 champion fell ill last year was done out of “respect”.
Asked in the build-up to the Monaco Grand Prix about writing that letter, following Lauda’s passing, Sebastian Vettel said that “respect says it all”.
Vettel, an enthusiast of F1 history, called it a “privilege” to have spent time with Lauda, who was a key figure for Ferrari.
Asked what Lauda was like compared to what people who only saw him on TV would have known, Vettel said: “He was just like that.