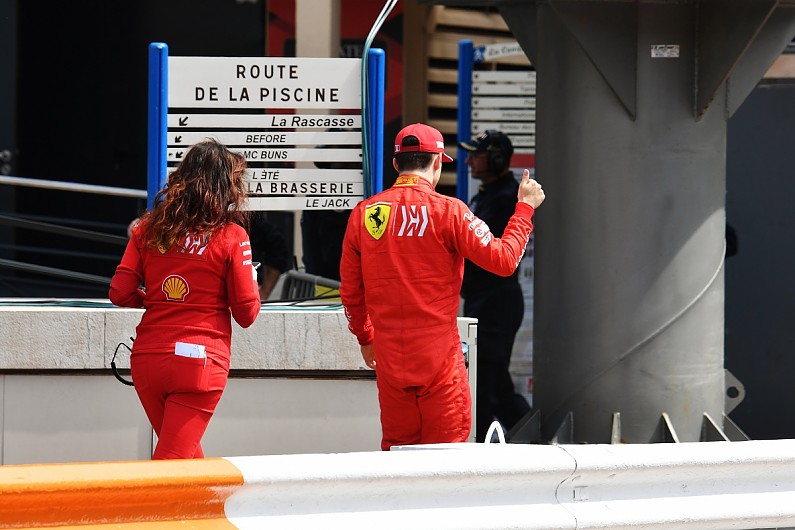 Ferrari has admitted it made a mistake and took a risk that was “not worthwhile”, after Charles Leclerc was a shock early elimination from Formula 1 qualifying in Monaco.
Ferrari team principal Mattia Binotto arranged an unscheduled media briefing to explain a “misjudgement” with the cut-off time to make it through to Q2, and the decision not to react despite Leclerc questioning whether he was safe.
Binotto acknowledged that “we may argue that as Ferrari these are mistakes that should not happen” but countered that Ferrari’s position in the championship – 96 points behind Mercedes – means it needs to “take some risks” to catch up.