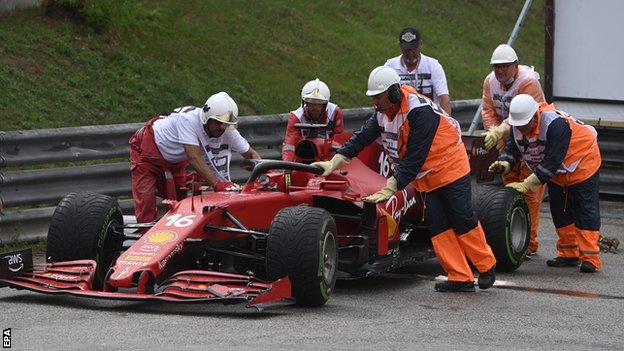 Drivers are restricted to three power-units over the course of the 2021 season. Ferrari said in a statement that Leclerc was now almost certain to receive grid penalties later this season for using more than the permitted number of engines. Red Bull team principal Christian Horner said after the race in Hungary that Sergio Perez had also probably lost an engine when he was collected by Mercedes driver Valtteri Bottas at the first corner. “But I think that what we may consider is that if a driver is faulty, the team of the driver should pay at least to the other teams for the damages and repairs.