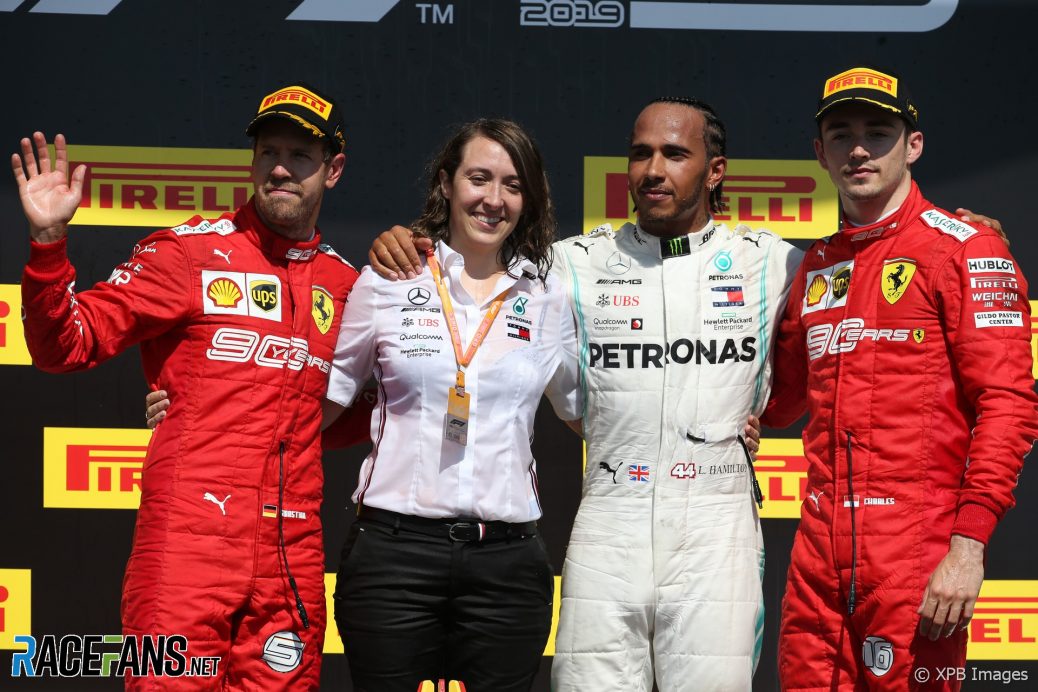 Charles Leclerc came within one second of taking second place in the Canadian Grand Prix after his Ferrari team chose not to tell him about Sebastian Vettel’s penalty.
Leclerc closed on the leading pair towards the end of the race after Vettel was handed a five-second penalty for rejoining the track in an unsafe fashion.
Had Leclerc finished within five seconds of his team mate he would have been promoted to second place, but he crossed the line 6.038 seconds away before the penalty was applied.
Ferrari originally suggested Leclerc should make an extra pit stop to try to claim the bonus point for fastest lap, but he chose to stay out.