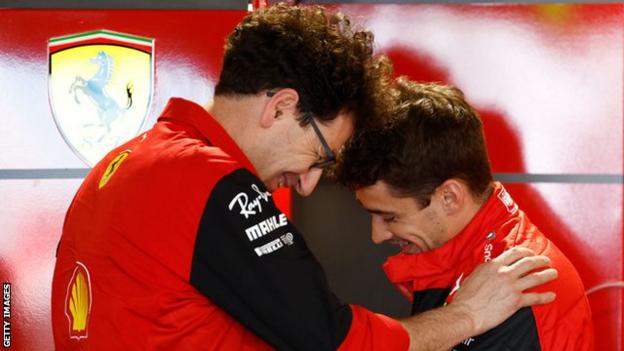 Then as now, F1 was embarking on an era of new regulations. Then as now, Ferrari’s technical team aced the new rules, and their car brimmed with innovations. In 2019, Binotto’s first year as team principal, Ferrari’s chassis was not as good as it had been in the previous two seasons, but an engine with prodigious power enabled Leclerc to take seven pole positions – and the team took six in a row at one stage. “In that year, Ferrari was not the only one losing power on the grid. “We had no opportunity to improve the car during the season itself,” Binotto says. In the past, a Ferrari team principal who presided over such a year could expect to lose his job, but the company kept faith with Binotto. In 2019, Binotto combined the role of team principal with his previous one of technical director in charge of chassis and engine. “He certainly did not have the skills specific to F1,” Binotto says. In the past three years, Binotto says, Ferrari “have employed more than 30 people from other teams, people who brought fresh ideas, new methodologies”. “The team is people, culture, tools and methodology,” he says.