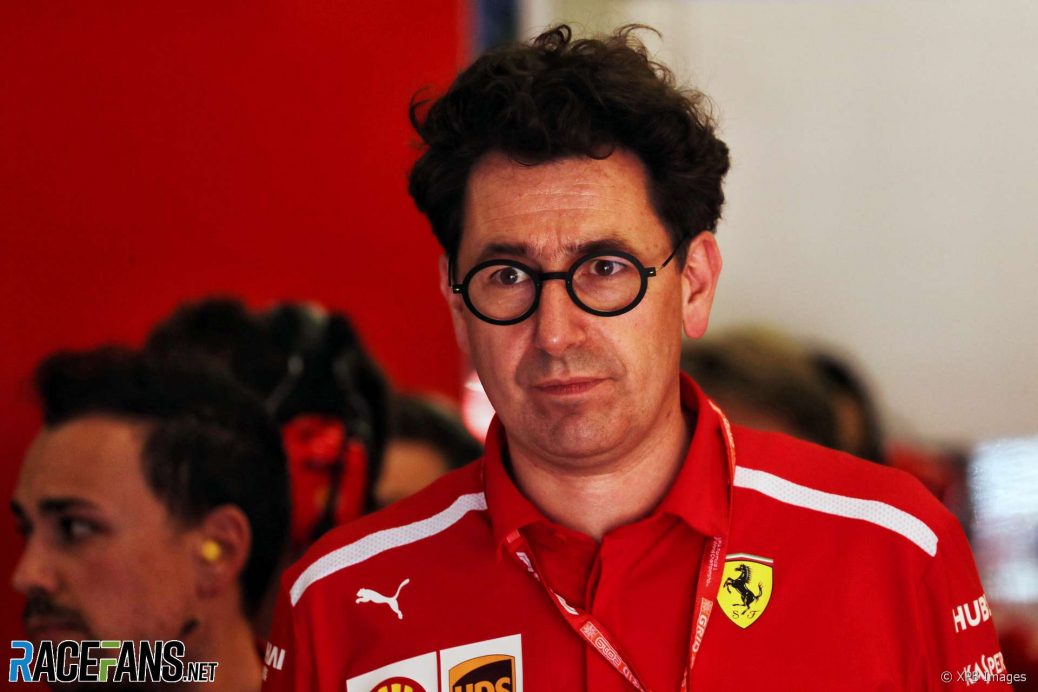 Ferrari team principal Mattia Binotto hit out at rival Formula 1 teams who voted against a proposal to bring back last year’s tyre compounds.
The proposal, which Ferrari supported, attracted the support of five of the 10 teams when it was put to a vote on Friday.
Mattia Binotto: “[But] I think we missed a great opportunity this weekend on the tyres decision.”
Mattia Binotto: “So I still feel really ashamed that we didn’t change the specification of tyres for the rest of the season because that would have been a great opportunity to somehow try to close the field.”