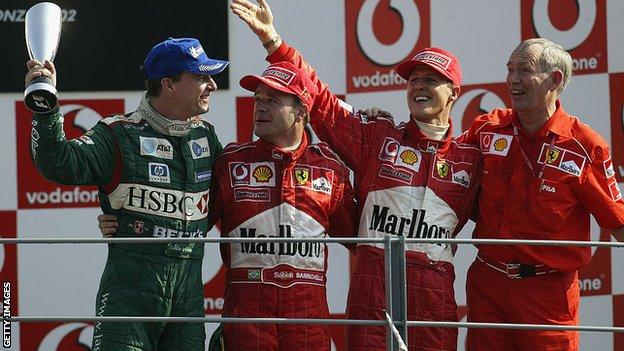 Ferrari have restructured their technical department in the wake of a disappointing performance at the start of the 2020 season. Head of aerodynamics Enrico Cardile will lead a newly created performance development department. And there is a more prominent role for Rory Byrne, who was chief designer when the team dominated the early 2000s. The moves come after Ferrari started this season with a car more than a second a lap slower than that of the world champions and pace-setters Mercedes, and are a recognition that the team’s design structure was flawed. The 76-year-old South African, regarded as one of the great designers of the last 30 years, had moved into a more background role since being brought out of semi-retirement to help Ferrari with the design of their car when Formula 1 last brought in a major regulation change in 2017.