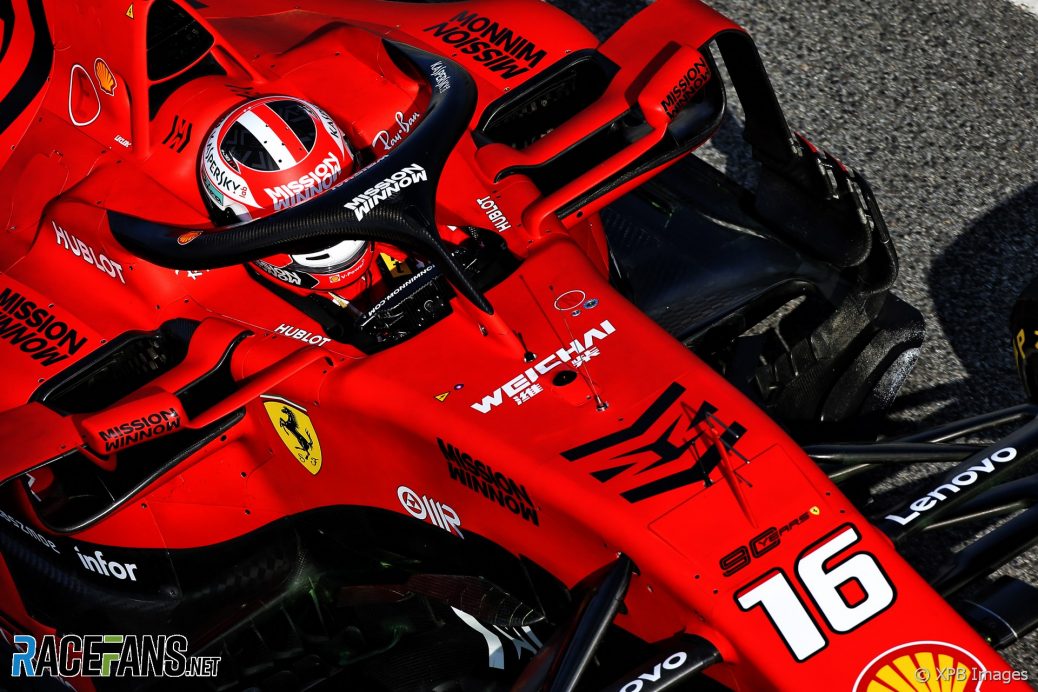 There was a familiar look to the top three at the end of the second day of testing for the 2019 F1 season at the Circuit de Catalunya.
As on Monday, Ferrari led McLaren and Haas.
Charles Leclerc, Lando Norris and Kevin Magnussen took over from their team mates on the second day of the test.
The Ferrari and McLaren drivers logged over 100 laps each, Norris posting a late flier with two minutes remaining to end the test three-tenths of a second shy of the SF90.
Haas test driver Pietro Fittipaldi took over the VF-19 for the rest of the day.