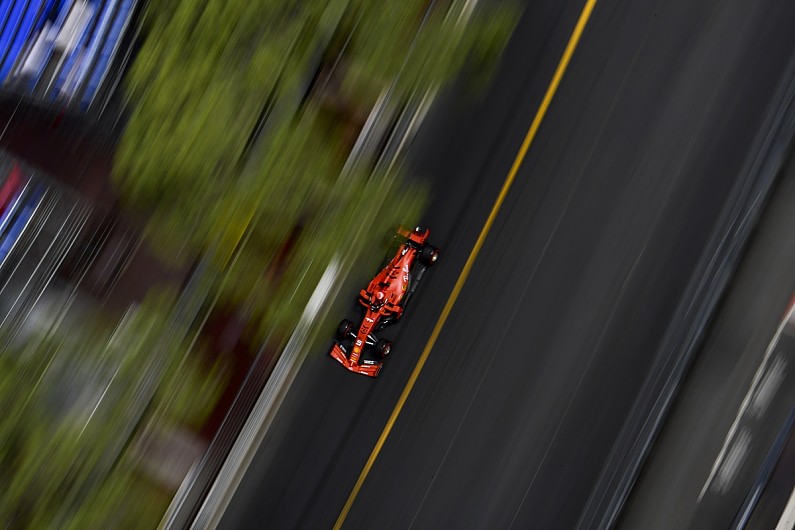 Ferrari is adamant it will stick with its current front wing concept, despite rival Mercedes dominating Formula 1 with an alternative design.
But ahead of the Monaco GP, team principal Mattia Binotto said recent investigations had assured Ferrari that its front wing choice was not a factor in its struggles.
“I think we do not need to change our front wing,” Mattia Binotto said when asked by Autosport about the outcome of its investigation.
“We are not foreseeing to change the wing concept.”
Binotto said that Ferrari’s main consideration at the moment was chasing higher downforce developments for its car.